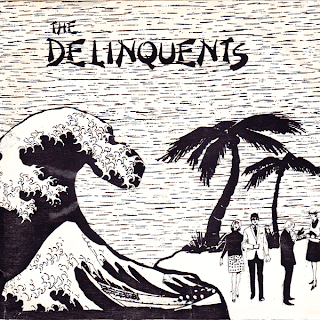 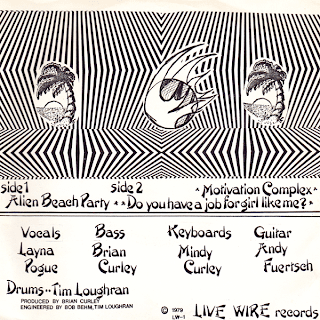 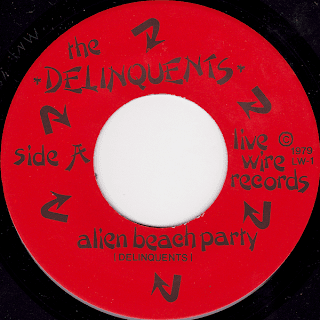 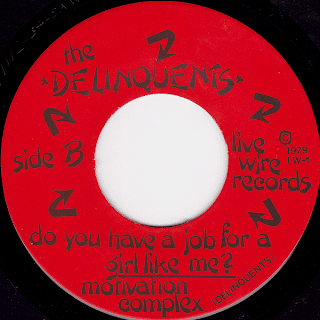 Brian Curley and Andy Fuertsch learned to play guitar together as young teens living in Albuquerque. They both moved out to Austin, though at different times, and eventually reconnected in 1978. After watching some of the first wave punk bands play at Raul's, they decided to get a band going. With Brian on bass and Andy on guitar, they then got Brian's wife Mindy to play Farfisa organ. An advertisement for a singer brought them Layna Pogue, who was hired after auditioning a Tammy Wynette song in the Raul's parking lot. A short-lived drummer named Willie Alleman had the Delinquents up and running. Their first real show was at Raul's on October 2nd with the Re*Cords.

Tim Loughran eventually took over on drums and recorded three songs with the band in their garage on his TEAC 4-track reel to reel. They released them as the Alien Beach Party 7" on Brian and Mindy's Live Wire label. It is recollected that 500 copies of the single were pressed. They sent it off to a lot of magazines for review and were picked Single Of The Week in NME.

The band was ready to tour after that, however, Layna didn't want to travel. So she stepped down and they enlisted Melissa Cobb on vocals in her place. In May of 1980, the band drove out to tour the east coast. But while on the road, Melissa left the band. Putting out another ad for a lead singer, they landed their third and final front lady, Becky Bickham. Not only could she sing, but she also played guitar.

Following a constantly rotating stream of borrowed drummers, they finally secured Cary Brock, who would stick with them until the end. In early 1981, they released their Self Titled full length LP in a run of 1,000 copies. A release party followed at Inner Sanctum, a popular record store near UT campus.

In the fall of that year, Lester Bangs came to Austin and wanted to put a band together. So he put out a call to musicians to jam with him at Raul's. Starting with a 15 person ensemble, it eventually dwindled down to just Brian and Andy, so Lester decided the Delinquents should become his back-up band.

While Lester only stayed in town for a few months, he and the Delinquents managed to write a batch of new songs and play some gigs, including an opening slot for the Talking Heads at the Armadillo. After a very quick recording session at Earth & Sky Studios, they released the Jook Savages On The Brazos LP on Live Wire.

Lester coined The Delinquents "the band that everyone loved to hate." Whatever the case may have been, the band played their final gig shortly thereafter on 10/16/81. Ultimately, their demise derived from a combination of personality clashes, drugs, and a variety of other factors including the fact it simply wasn't fun anymore. However, many of the former band members have regrouped to perform in the various Raul’s Reunions and Biscuitfest shows over the years. 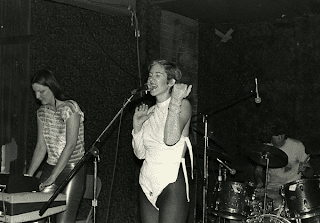 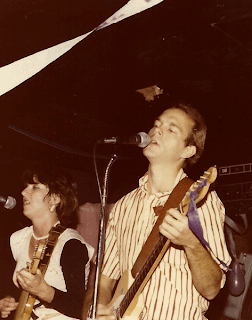 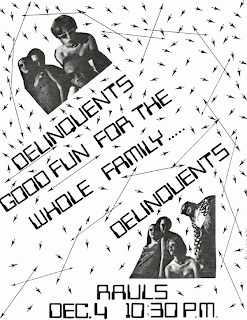 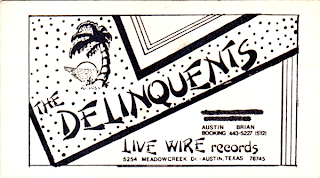 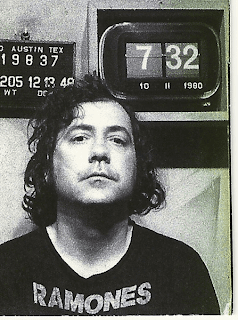 Posted by Cheap Rewards at 9:00 AM