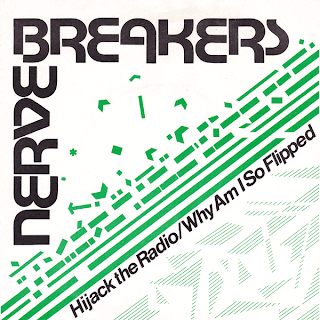 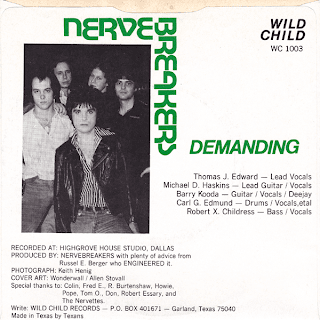 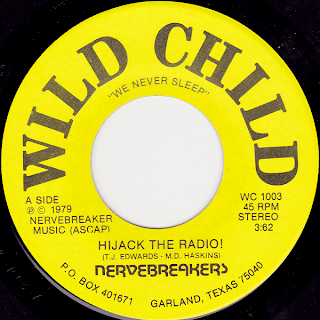 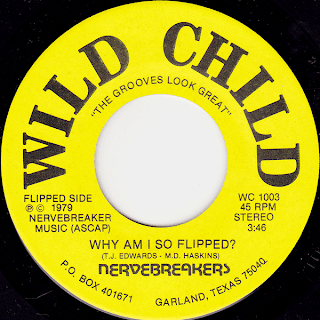 A. Hijack The Radio


Inspired by the sound of the Stones, Yardbirds, Kinks, and other staples of the time, Mike Haskins started playing guitar in the mid-60s. He formed several short lived garage bands and then on one fateful day during a performance, his drummer walked off stage and Barry Kooda jump behind the kit in his place. The two continued on in various groups after that until the Army shipped Barry off to Korea in '71.

Around this time, Thom "Tex" Edwards was starting his first bands. All the while, Haskins sauntered on, playing a myriad of different styles in numerous groups. By the summer of '72, drummer Carl Giesecke hooked up with Haskins and they played in a series of bands together before finally connecting with Tex in a new project called Diamonds Forever. Picking up gigs wherever they could get 'em (YMCA's, VFW halls, church-sponsored dances, skating rinks, etc), the band didn't fit into any mold and were outside the confines of mainstream rock.

By early 1975, a new group evolved consisting of Carl, Mike, Tex, Pierre Thompson and Walter Ray Brock. They called it Mr. Nervous Breakdown and they were heavily laced in the style of the Kinks and Troggs. Brock, who played the Farfisa, left soon after the formation. Then Barry, now back from his stint in the Army, came in on guitar. During a night of brainstorming, Mike and Tex came up with the name Nervebreakers as a take on the Troggs lyric "You got me so that my nerves are breaking," as well as a response to John Mayall's Bluesbreakers and Johnny Thunders' Heartbreakers.

They had a joke about having played every club in town once, mainly cuz it wouldn't go over too well and most places wouldn't ask them back. But they continued to tread on and eventually developed their own crowd. A big catalyst for that was getting to open up for the Ramones when they played the Electric Ballroom in mid-77, and then six months later they got the opening slot for the Sex Pistols at the Longhorn Ballroom during their landmark US tour. Both of those gigs were secured by a new bass player named Clarke Blacker who had taken over for Pierre after he departed due frustration with the band not achieving greater success. Following the Pistols gig, Clarke decided to leave the band and take on more managerial duties and in stepped Bob Childress.

Bands like Dot Vaeth Group, Vomit Pigs, Infants, Bobby Soxx, Skuds and others started coming together and building a scene. Meanwhile, The Nervebreakers started gearing their sound in a more punk direction, though they still had more of a polished style than most of the newcomers since they had been playing together for so much longer.

In March 1978, a guy named Tom Ordon came out to see the band play at what was billed as their farewell gig. He instantly took to them and came on board as their new manager, eventually releasing three Nervebreakers 7"s on his newly christened Wild Child label. The first record, the "Politics" EP, came out that July. It contains four tracks including "My Girlfriend Is A Rock," a comedic tale of love with an inanimate object that later appeared on Bloodstains Across Texas.

1979 was an eventful year for the Nervebreakers. They released their second 7", "Hijack The Radio" b/w "Why Am I So Flipped?" Both this record and their previous one received some airplay on the west coast as well as in Boston and other markets with college stations. So Ordon booked the Nervebreakers a tour out to the west coast that September where they played up and down California. Then in October, they received great exposure opening up for the Clash at the Palladium in Dallas, a venue at which they had previously opened up for the Police.

Also that year, ESR (Electric Slum Records), which was a studio and label run by Bryce Parker, released a collection of songs from Dallas-area bands that recorded in his studio. The Are We Too Late For The Trend compilation LP features songs by bands like the Vomit Pigs, Superman's Girlfriend, The Infants, Telefones, and more. The Nervebreakers recorded three songs at ESR and since each band was only allotted one song for the album, their contribution was "I Love Your Neurosis," while their song "So Sorry" was snuck on by crediting it to the Barry Kooda Combo.

In May of 1980, the Nervebreakers recorded an entire album, which took quite a toll on some of the members. Bob and Mike left the band, then reinforcements were brought in so they could play their planned northeast tour which took them through Boston, Connecticut, Rhode Island and New York. The album sat on the shelf and then at the end of the year the band won studio time from a battle of the bands competition.

In March of 1981 they used that studio time to record the songs "Girls Girls Girls Girls Girls" and "I'd Much Rather Be With The Boys," which were released as a single that May. But by that time Barry had decided to move on as well and the band officially broke up. The records, which never fully got distributed, were pressed on blue vinyl and never had a picture sleeve. They were simply housed in a clear plastic sleeve to show the vinyl color. Much of the pressing had stayed in one place until they recently started surfacing. Unfortunately almost all copies have a slight storage warp and the plastic casing proved not prudent for long term storage as it developed a film on the vinyl.

The Nervebreakers LP, titled We Want Everything, finally saw the light of day in 1994 when Existential Vacuum officially released it. Get Hip has now re-released the first two Nervebreakers 7"s and will be releasing the third one with a newly designed picture sleeve soon. They also have planned to release a series of unheard demos and other material including a remastered version of We Want Everything, and an album of newly recorded material. 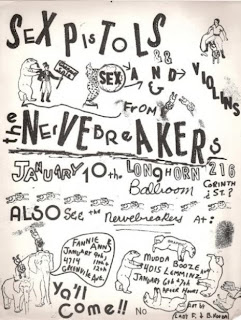 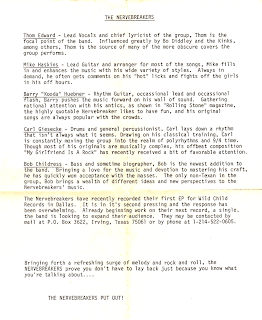 Posted by Cheap Rewards at 1:48 PM