The Orbits - Make The Rules 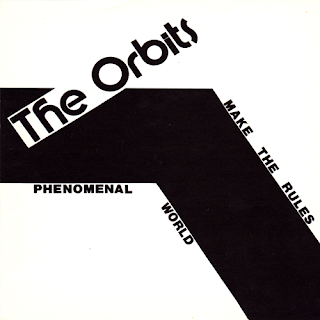 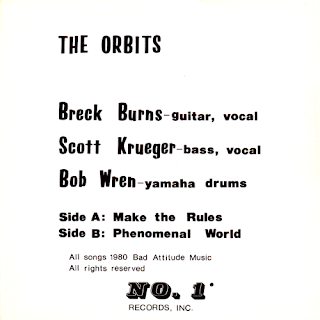 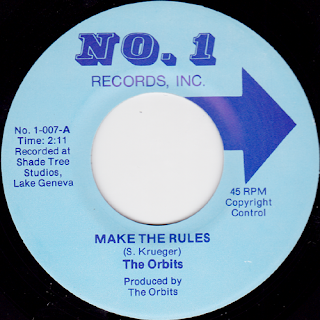 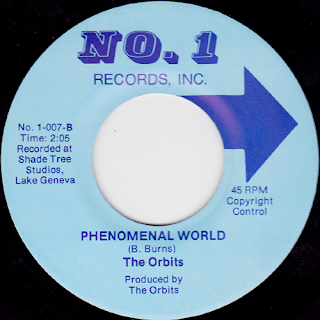 A. Make The Rules

Scott Krueger's first band was called Marilyn with Mark Schneider, Jerome Brisch, Caleb Alexander and a flurry of rotating drummers. They played garage-y tunes including sixties staples from the Yardbirds, Mindbenders and others. They only played out a couple times before morphing into In A Hot Coma. At that time in Milwaukee, there weren't many places to play and no one else doing that style of music, so they often got a poor reception at their shows. Scott eventually left and Jill Kossoris joined the group on keyboard. Later deciding that she wanted to front her own band and play her own material, she went on to form the Shivvers. From there, In A Hot Coma became the Haskels and the Milwaukee music scene started to erupt.

Meanwhile, Danny Zelonky put out an ad looking for people to play in a band influenced by the Stooges, Velvet Underground and Roxy Music. Scott Krueger and Breck Burns answered the call and started playing guitar and bass, respectively, in this new group called the Drones. They played out a few times, covering songs by Badfinger, Flamin' Groovies, and even tried a couple originals. In fact, the first original composition Scott and Breck wrote together was "Life Without You," which would later surface when the two joined the Shivvers. More on that in a bit.

After their time with the Drones, Scott (now on bass) and Breck (now on guitar) formed the Craze with Jim Richardson (drums, later in the Shivvers) and Howie Epstein (vocals/guitar, later in Tom Petty's band, now deceased). Having a repertoire of 60s covers, they played out a lot but Scott and Breck eventually parted ways from the group.

Breck then found Bob Wren and the two started rehearsing together. They even played a show as a guitar/drum duo under the name Bob and Breck. After about six months of writing material and perfecting their songs, Breck tapped his old friend Scott to join the band. The sound of the Orbits was initially very pub rock-oriented, but they soon morphed into a very tight and aggressive, mod-sounding group with heavy British influences.

The band went in the studio to record two songs, "Having Fun" and "Smart Suit, Shirt, and Tie" to release as their first 7". Unhappy with the results, they scrapped the idea and it was never released.

They went to Shade Tree Studios in Lake Geneva a short while after that to lay down two more tracks, "Make The Rules" and "Phenomenal World." Using the late night hours at the studio to get a better rate, they hammered out all the music tracks in a single four hour session and finished all the vocals and dubs the next night.

The single was released on their own No. 1 Records in an edition of 500 copies. They sent records out to try and get reviews in magazines like Bomp and Trouser Press and also pushed to get airplay (which they achieved on Chicago's WXRT).

All in all, the band played around 40 shows in the year and a half they stuck it out. They had about 10 original songs (written by Scott and Breck) as well as some covers. Hammering out short and sweet 20 minute sets, they primarily stuck to the Milwaukee club circuit, frequenting Zaks, the Palms and Starship. They did however venture to Madison where they got to open for Ultravox.

Unfortunately, after having built a strong, steady following, Breck decided to take a break. They regrouped a short while later, but it wasn't the same. The crowds had greatly dissipated by then so the band ceased to be.

"Make The Rules" could be heard on Powerpearls Volume 2. Sing Sing Records reissued the Orbits sole single at the end of 2009. 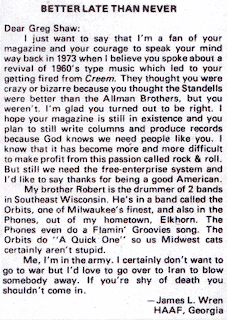 Posted by Cheap Rewards at 9:29 AM