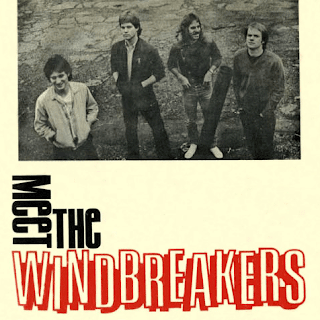 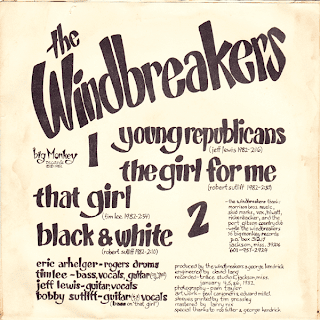 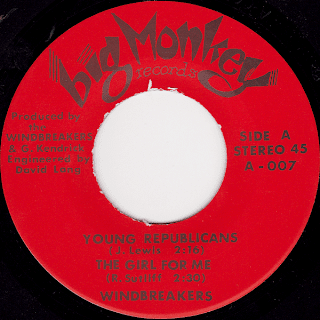 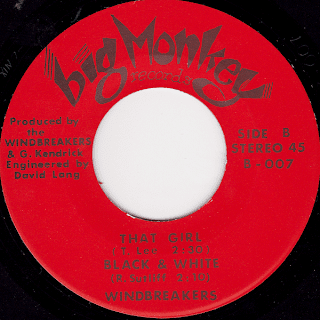 
Tim Lee and Bobby Sutliff met in Jackson in the late 70s while they were both playing in cover bands at a time when no one seemed interested in hearing original music. Bobby eventually quit his band, Oral Sox, right around the same time that Tim's band, The Occasions, were falling apart. So the two decided to join forces and form The Windbreakers. With Jeff Lewis on guitar and Eric Arhelger on drums, they started working up original material and gigging the local Jackson scene.

It was difficult to make headway (or any money) playing their own songs, so they'd occasionally pick up well-paying gigs doing cover sets under the name Headhunters to keep them afloat. On New Years Eve 1981, they were invited to play at the Port Gibson Country Club in South Mississippi. They spewed out crowd favorites from the 50's all night long, which earned them a considerable pay day. So naturally they rushed to a recording studio a few days later to lay down four tracks for their debut EP.

Following three long afternoon sessions with producers that didn't comprehend their direction, the tapes were sent off to Larry Nix for mastering (chosen because he worked with Big Star). They pressed up 500 copies of the Meet The Windbreakers EP which they released on their own Big Monkey imprint. Jeff worked at a printing shop, so he ran off the sleeves that they all folded and glued together.

Not long after that Jeff decided to leave the band because he had a different vision. While he began Radio London, The Windbreakers pressed on as a three-piece. Meanwhile, Tim and Bobby would read NY Rocker to keep up with what was going on in the underground music world. Having seen Mitch Easter's name on several different projects, they decided to call directory assistance in Winston-Salem to get his number.

After discussing their ideas with him on the phone, Bobby, Tim and Eric drove 700 miles to Mitch's studio, The Drive-In, which was located in his parents garage. They quickly recorded two tracks and headed right back home. Bobby and Tim ended up going back a few months later, this time without Eric. Mitch filled in on drums as they recorded four more songs. They subsequently released the Any Monkey With A Typewriter EP in 1983 with all six songs that Mitch had produced. The record brought them some notoriety. Favorable reviews started coming in, college stations began playing their songs, and before they knew it, they had a booking agent and record labels calling them.

They signed with Homestead and in the winter of '84 went on tour with Mitch's band, Let's Active. Hitting the east coast and midwest, they got to open up some shows for X in front of 1,000 people. After the release of their Terminal album in 1985, they started headlining their own tours and would do well in the major markets.

Following the release of their next LP, Run, which was on the DB label, Bobby left the group. Another Windbreakers record came out, but it was essentially a Tim solo record under the guise of The Windbreakers. Bobby went on to release his own solo record, the acclaimed Only Ghosts Remain before regrouping with Tim to continue The Windbreakers. A couple more albums surfaced before they decided they had reached a plateau and called it quits. The two have continued to play on each others projects through the years. 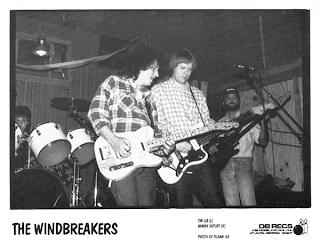 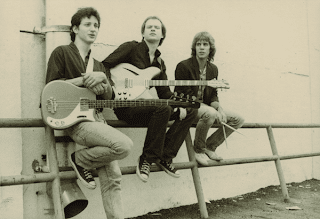 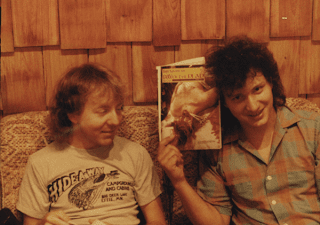 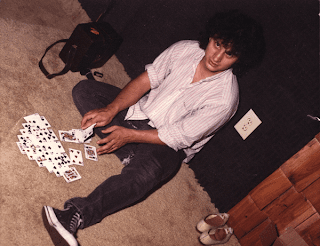 Posted by Cheap Rewards at 6:10 AM