The Vertebrats - Diamonds In The Rough 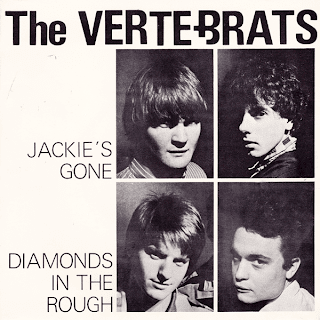 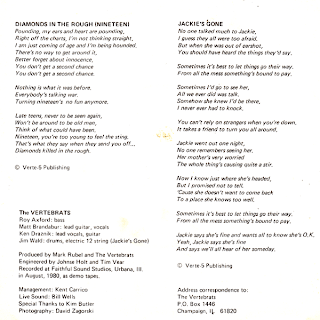 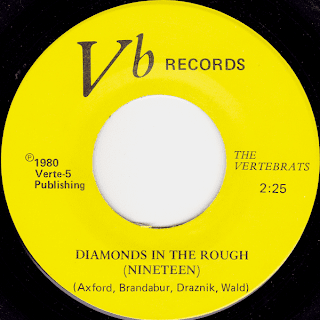 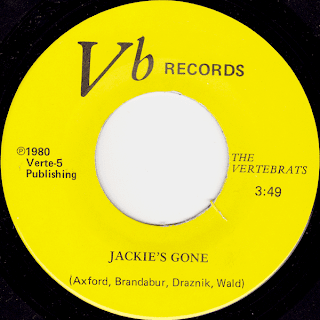 A. Diamonds In The Rough

Since a child, Ken Draznik had an affinity for the Beatles. He and his three brothers would substitute baseball bats for guitars as they played along to the songs buzzing out of their transistor radio. The only vocal "training" Ken ever got was singing church songs at his Catholic school. Later he played rhythm guitar along with bluegrass musicians, though they never performed publicly.

In the fall of 1977, Ken was rooming with a guy named Willie Wells who had an evening radio show on the local college station, WPGU. Though the station had an AOR format, Willie would occasionally sneak in songs from the Sex Pistols, Clash and other punk bands he had discovered. A listener named Roy Axford often called in to urge him to play more punk. The situation was remedied when Roy joined forces with Willie every other Saturday night for the 11-midnight slot on the newly coined Roy Bad Show. At the time, Ken was writing record reviews for the student paper, the Daily Illini, so he was regularly sent records and able to contribute new music to the show as well.

A friend of Ken's started pestered him to play guitar with her 14 year old brother, Matt Brandabur. After finally relenting and hearing Matt 's guitar playing, he was blown away. They decided to get a band going, so with Roy on bass, The Vertebrats played their first gig on July 4th, 1979, with no drummer, microphones or sound system. They continued playing parties around town for the next few months with various drummers until convincing their friend Jimmy Wald to be their permanent drummer. Though Jimmy was a seasoned bass and guitar player, he had formal drum training when he was younger.

At the time it was standard for bands to play three 45 minute sets a night, so even though they were writing original material, they'd also have to cushion their set with a lot of cover songs. They blended a mix of punk and new wave songs from Jonathan Richman, the Ramones, and Iggy Pop with British Invasion material by the Stones, Yardbirds and Who. They'd have week-long marathon sessions in the living room of the house they rented just to learn enough songs to play out. When it came to writing original material, it was a very collaborative effort at first, where each member would contribute to the arrangements. Matt and Ken would do the bulk of the singing, focusing on harmonies.

A friend named Kent Carrico came on board to manage and help promote the band. Their mainstay was Mabel's, a jazz club that decided to give rock n roll a shot. The bar would open their doors early on Fridays and Saturdays for "Afternoon Madness," or "Football Madness" if a game was on. The Vertebrats would play a couple sets in the afternoon, then come back and play three more the same night. As a live band, they made an effort to connect with the audiences, to which they received admirable response.

In time, each band member started coming to the table with more fully formed songs to work on. They'd rehearse three nights a week and eventually were playing numerous shows each month. They never intended on making a career of the band, especially since Matt was still in high school and the rest of the guys had jobs. So they mostly gigged around the Champaign-Urbana area, and also ventured over to Chicago a bunch.

Their first recording experience was in the WPGU studios where their friend Willie Wells, who had since moved on to another radio station, still had some clout. He was able to secure them an off-air studio and using 8 microphones he quickly recorded a handful of songs for the band. During the session, they met Jon Ginoli who was the current night shift DJ.

Then, in the summer of 1980, they went to Faithful Studios in Urbana to record more songs. Faithful was an old house near a railroad track where a huge soundboard was shoved in to what used to be the pantry. Recording had to be stopped any time a train came by as it would rattle the house. Mark Rubel engineered the session which resulted in "Left In The Dark," "Teen Seen," and "Robbery." Their new friend, WPGU jockey Jon Ginoli, played the songs on his radio show a few days later, even though they never officially released the songs. Jon would later send the recording of "Left In The Dark" to Greg Shaw at Bomp, who included the song on the first Battle Of The Garages compilation LP that was released on Bomp's sister company, Voxx, in 1981.

In August of 1980, they recorded two more songs at Faithful with Mark Rubel, "Diamonds In The Rough" and "Jackie's Gone," which would become their sole single. They self financed the release using proceeds from their gigs. By this time it wasn't uncommon for them to draw 400 people to their shows at Mabel's, so they were able to press up 1,000 copies. They sold out of the first run pretty quickly, so they pressed up a second batch of 500 more. You could differentiate the pressings by the center label color: first pressings are yellow, second are tan. Ken did the graphics for the cover as that was his day job at the time. The band glue-sticked all the picture sleeves together in their living room.

The Vertebrats went out to Pasadena, CA in the summer of 1982 and recorded some songs with Greg Shaw. The session produced seven more songs, but by the time they returned home, Roy had gotten a good job offer and Jim and Matt wanted to continue school. So they called it a day. They all played in various projects after that and now get together to do Vertebrats reunions every three years or so.

In the years that followed the break-up, many bands would end up covering the song "Left In The Dark." The Replacements were playing it in their live set and it appeared on their cassette-only Twin Tone release, The Shit Hits The Fan. Uncle Tupelo also recorded the song early in their career. It was released as a promo-only 45 but didn't see a proper release til many years later when they gained control of their master tapes. Courtney Love also recorded a version of the song which was intended to be on her America's Sweetheart album, but ultimately didn't make the cut. But one of the most bizarre instances of the song came from a band called the Leonards, who finagled their version into an episode of the TV show Ugly Betty.

A decade after the band broke up, Parasol Records wanted to release a CD of Vertebrats material. First came A Thousand Day Dream and later Continuous Shows. The CDs showcase songs from the various recording sessions the band did, along with live material. A double 7" set called Revert was also released by Parasol, which includes the five songs they recorded at Faithful Studios. And most recently they put out an LP called Screaming Like A Mad Choir, with liner notes written by Jon Ginoli. 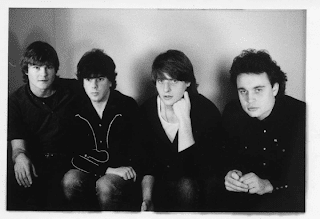 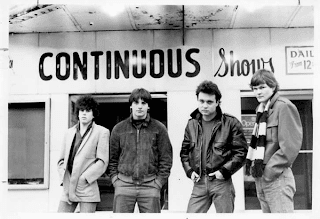 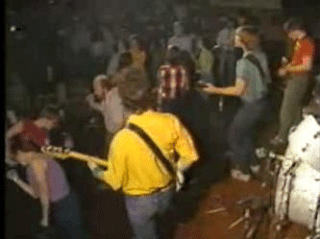 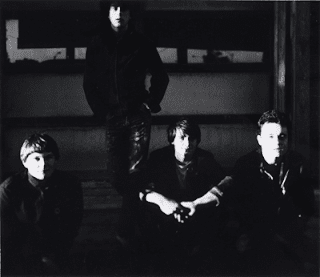 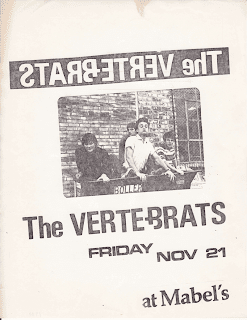 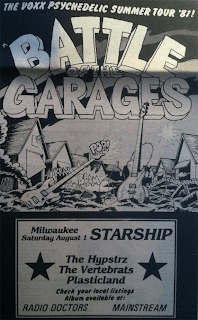 Posted by Cheap Rewards at 7:08 AM