The Prosecutors - I've Got A Message 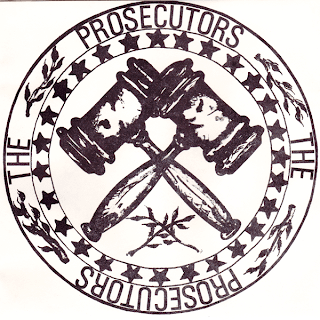 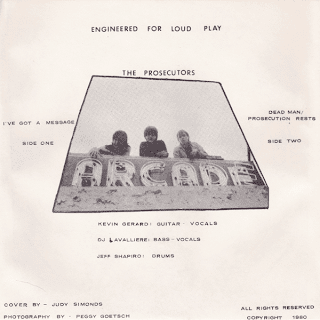 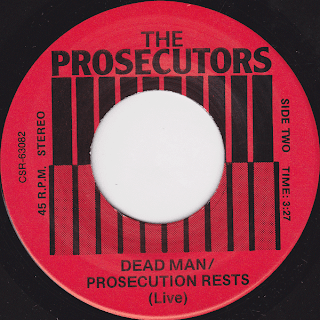 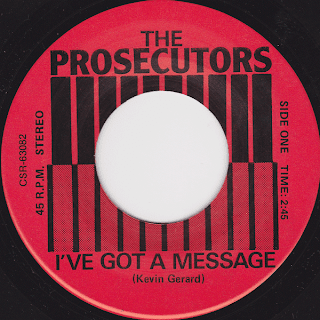 A. I've Got A Message

While in High School, Kevn Kinney started playing guitar and writing songs. At the time, he was also the roadie for the Haskels. Meanwhile, Doug LaValliere, having just gotten his driver's license, started learning to play bass. Doug is the baby brother of two of the members of the Haskels, Gerard and Richard, so naturally Richard introduced Doug to Kevn and the two started playing together.

They practiced in Kevn's basement for a while before bringing in their first drummer, Marty Weidmeyer, who was coincidentally the sound man for the Haskels. But by the time they had enough material to play a show, Marty decided he was going to leave the group. So they brought in Vicki Sanders so they could begin gigging. After a while she left also, so they brought in Jim "Tess" Tessier. Thus began the archetypal line-up of the Prosecutors.

They stuck it out for a while, playing shows and even recording a few songs for a 7". Unfortunately the track "Brute Force," which was the bands signature set closer, was left off the record because the drummer was unhappy with the take and they couldn't afford to redo the drum tracks. So they ended up including a live version of "Prosecution Rests" in its place. The song was recorded at the Starship when they had Kenny Baldwin sitting in for them on drums. Thankfully "Brute Force" surfaced on the History in 3 Chords CD compilation of Milwaukee bands, released on Splunge in 2001.

Although Tess played on the studio recordings, he ended up leaving the band before the 7" was released. Basically the Prosecutors were being offered shows opening for major acts and were ready to start traveling, but Tess didn't want to lose his job, so he left the band. They were going to call it quits at that point, but they sunk a lot of money into the recording and pressing of the record. So they brought in Jeff Shapiro in order to continue playing and sell off the records they had. Because of the timing of the release, Jeff is both pictured and credited on the back of the sleeve, rather than Tess.

Eventually things fizzled when Kevn moved out to Atlanta. He started Drivin' N Cryin', a band that is still active to this day (Note: "Drivin' N Cryin" was also the name of a Prosecutors song).

Most of the copies of the single do not include the picture sleeve and even fewer have the lyric insert. "I've Got A Message" and "Dead Man" could be heard on the Great Lost Brew Wave Album, while "Prosecution Rests" made an appearance on No One Left To Blame. 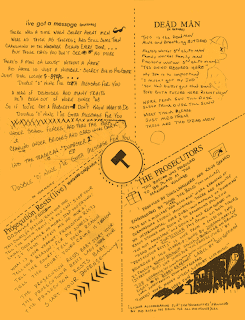 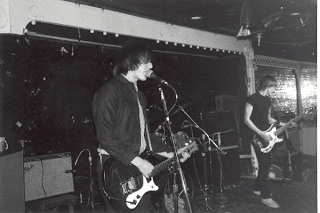 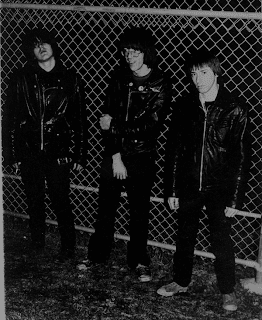 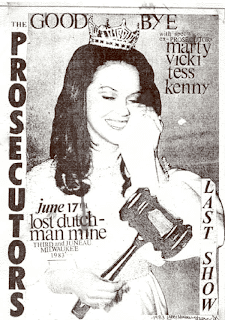