The Next - Make It Quick EP 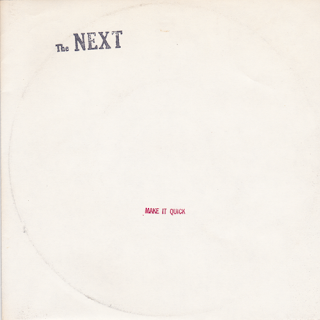 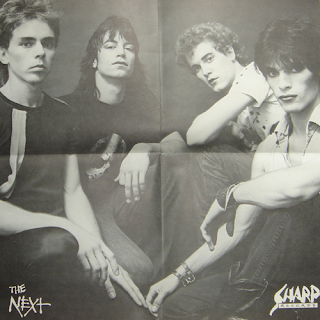 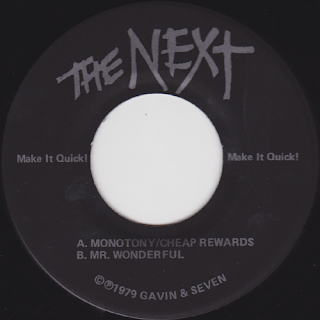 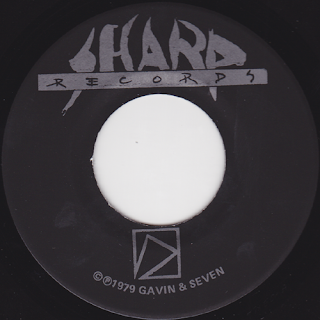 Skip Seven moved to San Antonio in October 1977 after having lived in London where he played in a band called The Rage. After arriving in Texas, he hoped to find a similarly flourishing punk scene there, but the seed hadn't yet been planted. It was a few months later when the Sex Pistols played their infamous gig at Randy's Rodeo at the start of 1978 that things really started to take shape.

Searching the crowd for people who looked like punks, Skip met Ty Gavin. They discussed their interest in starting a band together, and sure enough, Skip moved the 80 mile trek north to be a part of the action in Austin just a couple weeks later. He shared an apartment with Kathy Valentine, Carla Olson (both in the Violators, later in the Go-Go's and the Textones, respectively), Jesse Sublett (also in the Violators, as well as the Skunks), and Eddie Munoz (Skunks, later in the Plimsouls).

Skip and Ty began writing songs together. The original line-up included Arthur Hayes on drums, Manny Rosario on bass, Skip on lead guitar and Ty up front on vocals. Skip, who had to convince the others that they would be called The Next, was in charge of organizing practices. He wanted their first gig to be unusual, so when they took stage for the first time in the Spring of '78, the show was an exclusive "invite only" engagement.

After that, the band started playing shows once or twice a week at Raul’s, a failing Tejano bar across the street from the University of Texas that had reluctantly started allowing “punk” shows, which ultimately saved their business. After Manny missed a couple gigs, they were looking to replace him. Manny went on to have stints with The Huns, Inserts and many other local bands. Meanwhile, a bassist named Lee Shupp was playing gigs at Raul's in a cover band called Live Wire. Ty took notice of the way Lee played his bass more like a lead with lots of melody and wanted to try him out for bass in The Next.

As luck would have it, Lee came on board. His first gig with the band was in Killeen, TX. While a small percentage of the people in attendance enjoyed their set, the rest either hated it or didn’t know what to make of it. Their sound was raw and they were full of energy. In the end, a mini riot ensued and a security guard shot out their tire as they sped out of the parking lot. Daunted by the events, the band’s manager had to assure Lee that this was not typical so that he wouldn't leave the group.

It isn't entirely clear who played bass on the bands first EP, Make It Quick, since several members have different recollections. It is believed that Steve Marsh from Terminal Mind played bass on "Monotony" and "Cheap Rewards" (as he was temporarily filling in for the band while they were between bass players), and Lee Shupp recorded the bass for "Mr. Wonderful." Other recollections say they Lee re-recorded the bass parts for the other two songs, while still others say Manny played on the record.

Regardless of whose bass playing is actually being heard, the EP features three incredibly aggressive punk tunes. All three songs were featured on the Deep In The Throat Of Texas compilation LP, while “Monotony” (a song Skip wrote when he was living in London) made an appearance on Killed By Death #6, and “Cheap Rewards” (the namesake of this here blog), was comped on Bloodstains Across Texas.

The record was released on their manager Will Sharp’s label, Sharp Records, and was cased in a foldout poster sleeve. All copies are unique, with the band’s name and the title of the EP being sporadically rubber stamped across it. It is unknown how many copies were pressed but it was likely in the neighborhood of 500.

The band hit the road, playing Midwest shows in Chicago and Milwaukee, but had their best gigs in New York where they took the stage at Max’s Kansas City and CBGB’s. Unfortunately the records weren’t ready until two weeks after they left Austin, so the band wasn’t able to leave their physical mark across the country, although issues of Austin fanzine, Sluggo, where Ty was featured as the centerfold, or rather, Slugmate, were. Another mini tour soon after that brought them out to Hollywood.

When they returned home, the scene at Raul’s was really taking force. Countless bands had sprung up including the Big Boys, Dicks, Standing Waves, F-Systems and many others. The crowd loved The Next and they became somewhat of the Raul’s house band. However, Skip ended up leaving around this time as the band collectively decided without his approval that they'd bring in a second guitar player. When he showed up to play and saw someone else in the band, he immediately walked away.

This began a constant rotating cast of members. Davy Jones (from The Ideals, later in the Hickoids) joined the group, then Lee Shupp split after playing a show in New Orleans, citing the cause as internal strife and not being happy with the band’s new direction. Arthur’s brother Richard (who played in the Ideals with Davy) then came in to fill the bass void and another EP was made called Kick Ass, which has an entirely different feel than the first 7”. Essentially the band had become the Ideals with Ty singing. Further changes continued including Jim Drummond (International Broadcasters/Standing Waves) having a short stint as well as many others coming and going until the band finally ceased to exist.

Ty moved to California for a while and has released solo records. He’s currently playing in a band called SA Creeper. Skip stopped playing music after a while and got a degree in Biology. He is more or less retired now but occasionally produces and plays music. Lee Shupp has made a successful living out on the west coast. While Richard Hayes has since passed, his brother Arthur resides in prison. Davy Jones went on to play in the Hickoids and numerous other bands including the reunited Dicks in recent years. 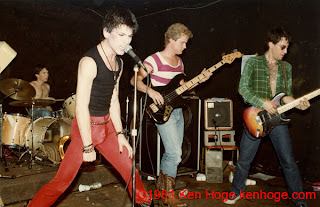 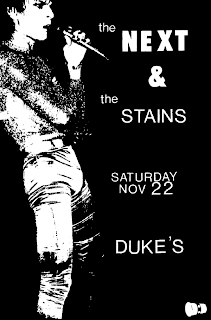 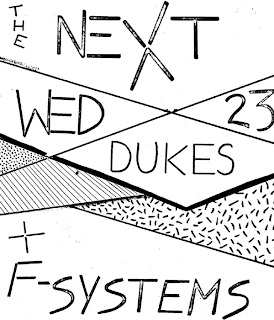 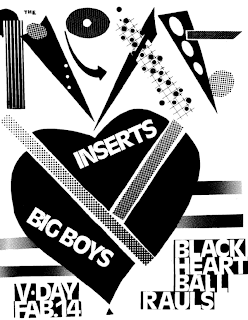 Email ThisBlogThis!Share to TwitterShare to FacebookShare to Pinterest
Labels: Austin, Next, Punk, Texas