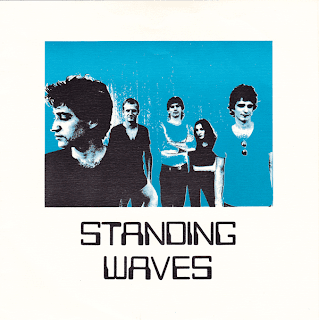 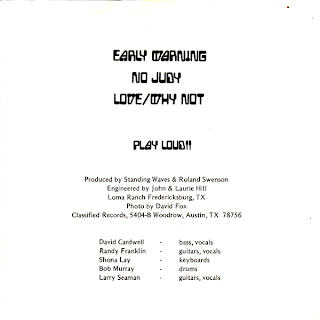 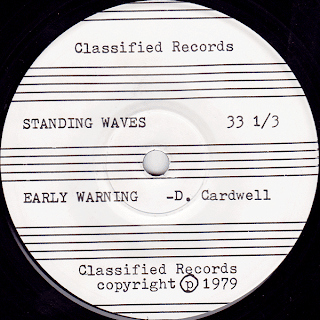 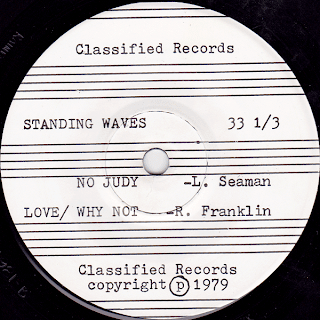 Larry Seaman played in a short lived band called Hobson's Choice before discovering bands like Television, Roxy Music and the Velvet Underground through rags like the New York Rocker. Larry's friend, Roland Swenson, then hipped him to a new club in Austin called Raul's that was showcasing local punk bands. A week later, Larry saw the Skunks and The Next play at Raul's and promptly dropped out of school.

Roland's sister Dottie introduced Larry to her friend Shona Lay, who played keyboards. They played their first gig at the Texas Union Ballroom billed as Latent Homos with a line-up consisting of Larry on guitar, his old roommate David Cardwell on bass, Shona on keys, and a drummer named Mark. The October 1978 showcase featured The Huns, as well as the debut performance of Terminal Mind.

Unfortunately, Mark was more of a hard rock drummer and left after that first show. He later joined Bob Schneider in Joe Rockhead. Following his departure, a short-lived replacement named Ian Bailey, who had previously played in the Bodysnatchers came in before Larry's old friend Bob Murray stepped in to fill the position. Bob had played with Larry in Hobson's Choice. Randy Franklin joined about a month later on guitar and the first solidified line-up of Standing Waves came to be.

Within six months, the band found themselves opening up for Blondie in Houston where they played in front of a couple thousand people. Standing Waves appeared in the cult classic film, Roadie, where they played the role of a band called Spittle. The movie also featured Blondie, Alice Cooper, and Meatloaf amongst others.

Near the end of 1979, the band recorded four songs at the Loma Ranch out in Fredricksburg, TX. They chose all but "Crash & Burn" to appear on their debut EP that was released on Classified Records, a label started by their manager Roland Swenson. Unhappy with the quiet mastering job, the sleeve encourages listeners to PLAY LOUD!!

The 500 copies of the 7" sold out quickly, so they went back to Loma to record more tunes. Their second release featured "Don't Worry" and "Integrating Circuits." Following its release, the group started making frequent trips to New York City to play CBGB's, Hurrah's and other hot spots. They even made it to Canada once!

By the end of 1980, Randy left the band and joined F-Systems. David followed shortly thereafter. Larry then rounded up a bass player/songwriter named Bruce Henderson who had previously played in a power pop band called The Fad. Six months later, Bob also left the band, leaving the drummers seat vacant once again. They then called in the help of David Dage, a prolific drummer that had played on The Fad's single and in another band with Bruce back in Stillwater, OK called the International Broadcasters.

Continuing on as a four piece, they started writing together and developing a new sound. In 1981 they released the Vertigo EP before deciding to move to New York. Once there, they all shared an apartment with Roland and Jim Drummond, their sound man/roadie, who coincidentally had also played in the International Broadcasters with Bruce and David. Jim would occasionally play guitar with Standing Waves as well.

After a couple of years, the living arrangement started to take its tole. While everyone else returned to Austin, Bruce stayed in New York and moved on to the next stage of his musical career before becoming an accomplished writer. Having lost the uniqueness of the original version of the band, and then the unity of sound and writing with Bruce in the second incarnation, Larry didn't feel right continuing Standing Waves.

Larry went on to play in a band called Optimistics with Shona and David Cardwell and now plays with Randy Franklin and Terri Lord (formerly in the Jitters) in a band called Why Not Satellite. Jim played in a late incarnation of The Next, while Roland became the managing director of SXSW. David Dage unfortunately passed away in 2003. Standing Waves play reunion shows from time to time. 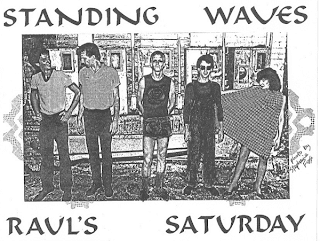 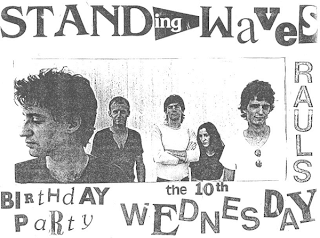