The Wigs - File Under: Pop Vocal 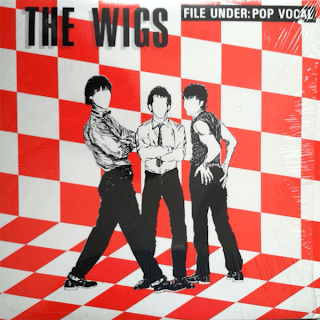 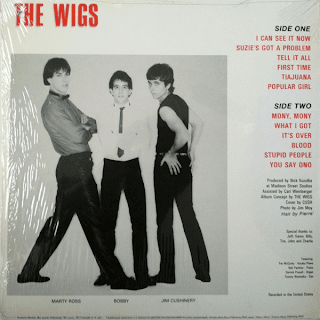 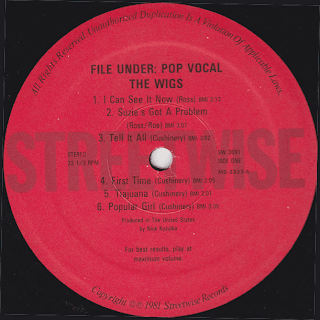 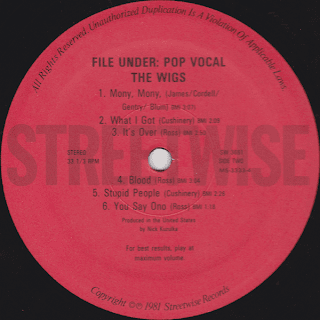 
180 Degrees (available on CD release only)

At the tender age of 15 years old, Jim Cushinery formed his first band with an accomplished 14 year old piano player named Bob Pachner. The band had fizzled by Jim's senior year, at which time he formed a short-lived jam band. It was after graduation that he got the idea to form a pop group. So he called on his old pal Bob Pachner to join in on bass. Then they recruited a drummer named Bobby Tews who Jim had played with in their school's jazz ensemble.

This first formation of The Wigs went ahead and recorded a single before they really honed in on any real songwriting skills. A local jingle house offered a package deal for four hours of studio time and 500 copies of a record for something like $400. So they jumped at the opportunity, perhaps a little premature.

It was Jim's intention for the band to be a four piece with bass, drums, two guitars and atleast two leads singers. He naively believed they could be the next Beatles. So the next point of order was to scour a battle of the bands that they were playing and find another guitar player/singer. He found a match in Marty Ross, who was the leader of a Rockford, IL band called The Look. Declaring that The Wigs had much better songs than his current band, Jim suggested Marty come see them play the following week in Kenosha. Marty obliged, and sure enough, the fully formed four-piece Wigs debuted at Marquette University in Milwaukee a week after that.

From that point on, they made occasional appearances at clubs like Fantasy's, the Palms and the Starship, but it was at Teddy's that they really established a residency. They'd often play gigs with local pop heroes, Yipes!, and before long they got to open shows for The Romantics, Greg Kihn, and others. They'd also head out to Madison, Green Bay, Chicago, upper Michigan, and other nearby spots to play shows.

The band was writing a lot of original material and their manager John Ertl saw their talent and potential so he started Streetwise Records with Nick Kuzulka, owner of Madison Street Studios in Waupun, which was 60 miles north of Milwaukee. Right before the newly formed label proposed making a Wigs album, Bob Pachner left the group. So Marty and Jim had to split the bass chores on the recordings. They spent days at a time in the studio, recording well into the night and sleeping on the office floor. The basic tracks themselves were all well-rehearsed and laid down very quickly, but it was the additions, such as backing vocals, piano, and horns that took a long time to complete.

The first run of the album, which was titled File Under: Pop Vocal, was released in November of 1981. It sold out very quickly and prompted a second pressing. They received universally stellar reviews and procured college airplay, even topping The Police's "Ghost In The Machine" on the local charts, which was released the same week.

Despite the local fanfare, the record didn't spread outside of Wisconsin. Having not made any real headway, they decided to break-up following a massive performance at Summerfest, where they shattered attendance records while headlining the main stage.

Bobby and Jim then moved out to LA and picked up a new bass player while Marty stayed behind and formed a band called Talk Of The Town with members of The Orbits and Shivvers. Though the west coast move was daunting as power pop was now giving way to hair metal, Bobby and Jim managed to convince Marty to move out there and join up with them.

While they were playing a gig at The Central (formerly Filthy McNasty's), film director David Beaird spotted them and wanted to put the band in a scene in his next film, My Chauffeur. By the time of filming, their bass player had taken a sabbatical, so they brought in their friend Val McCallum on guitar and Jim switched over to bass. While the movie earned them a place in cinematic history and somewhat elevated their audience, the sound of the band had morphed into something far more commercial than they ever intended and is hardly discernible from their earlier work.

The band recently got a hold of the original master tapes from the recording of File Under: Pop Vocal and remastered the songs for CD release. To their surprise a couple songs they'd forgotten they had recorded were found and thankfully salvaged ("180 Degrees" is included above). The songs didn't make the original release due to time restraints on vinyl, but they found a proper inclusion on the 2009 CD release. More "lost" recordings have been discovered and are planned for a future release. 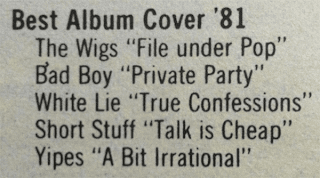 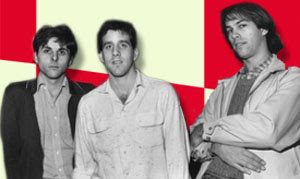 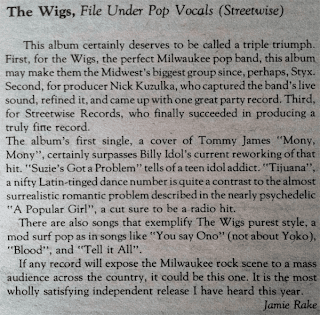 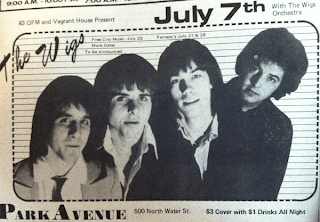 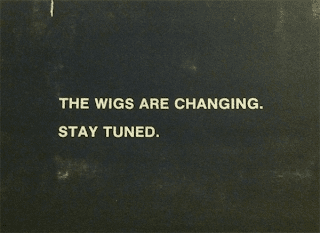 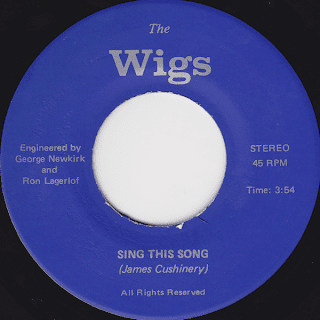 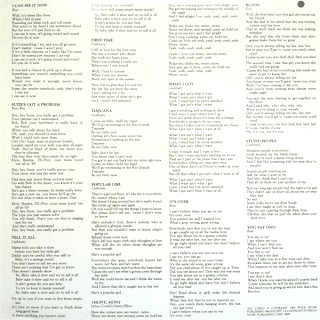 Posted by Cheap Rewards at 7:55 AM