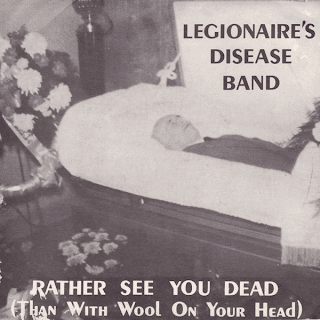 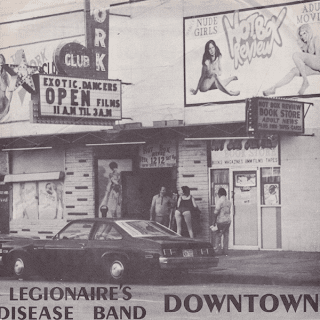 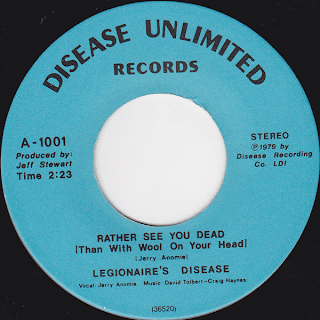 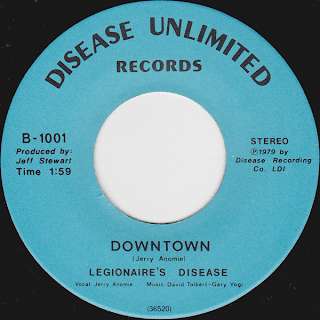 A. Rather See You Dead

Jerry Anomie was born in Tennessee but moved to Houston as a young child. Music never appealed to him growing up until a friend of his who worked at a record store played him the Sex Pistols and Iggy Pop. He ended up meeting Iggy soon after that, which helped give him a new outlook on life. Having recently spent five and a half years in prison, he started realizing he didn't have to be a criminal. He could be in a band!

Initially taking on the role of manager for his friend Dick Long's contrived band, The Niggers, Jerry's duties included rallying up musicians and finding them a rehearsal space. It soon became apparent that Dick wasn't actually up for being a front man, so Jerry hopped on board. He continued playing with the group for a few months after that, but since they had no original material to work on, he decided to get a new band started.

In the beginning he had his 14 year old nephew playing his half-a-drumset, Walter Wolf on guitar, and Stormin' Norman Cooper on bass. Norman had no prior experience playing the instrument and mainly just acted the part with his amp turned off. Finally, after several months someone noticed he appeared to putting his fingers in the right places, so they actually powered up his amp!

Jerry realized he had to make a serious go of this in order to stay out of trouble. So he sold all his furniture to get a better rehearsal space and looked for new players. He met a girl named Gwen at a Ramones show and they hit it off right away. She started bringing her guitar and amp over for rehearsals with Jerry and Norman. After stealing guitarist David Tolbert and drummer Craig Haynes from a cover band called Prisoner, Gwen Duke proceeded to quit her job as a supervisor for a telephone company and Legionaire's Disease Band finally became a solid entity.

The band had started off playing songs by the Dead Boys, Richard Hell, Iggy, and of course, the Pistol. But within six months Jerry had written them a 40-minute set of original material fueled by his hatred and rage for the system from his time in the pen.

Jerry was a natural promoter. He'd approach club owners and ask what their slowest nights were, then promise they'd pack the place if they gave them the night. He'd then go into record stores and command the attention of everyone in the place to announce their upcoming shows and leave flyers behind. Before long, the band was drawing big crowds and had built a name for themselves amongst a thriving Houston punk scene that was producing acts like Really Red, AK-47, Vast Majority and the Hates.

Eventually the band felt they were ready to make their way out to the west coast. But first they needed to record some songs because you couldn't get a gig at the Whisky A Go Go unless you had a record out. So in 1979 they went to a studio called Magic Rat. Jerry counted his money as he walked in the door and then told the engineer to give them $120 worth. Sure enough, eight songs got recorded that day!

They self-released the "Rather See You Dead (Than With Wool On Your Head)" single on their own Disease Unlimited Records in a reputed edition of somewhere between 500-1,000 copies. The cover of the record shows a picture of Jerry's grandfather in a casket. It gave Jerry the idea to stage his own funeral as a promotional ploy. So he started calling around to all the big funeral homes to try and rustle up a casket, explaining to them it was to promote a record. Unsurprisingly, he was turned down time and again. But when he promised Sunnyside Funeral Home he'd get their name on the radio, they anxiously took the bait.

Jerry called his friends at KPFT and asked if he could make an announcement on the air. It went something like this: "We are sad to report that Jerry Anomie has passed away. The funeral will be held at Warehouse Records & Tapes this Saturday. The funeral will be brought to you by Sunnyside Funeral Home; they've never had a customer complain!"

It was enough to procure them a casket for an entire week! All the punks came dressed nicely and the girls wore black. Jerry got inside the casket before they wheeled it out. Then Chris Lord of Plastic Idols read his eulogy. The event went over very well. The band played a show in the store and then left the casket in there for a week with records for sale inside of it.

After that, they played one of their most memorable gigs at a country/western biker bar called High Noon Saloon. It was a hot summer night and the place was packed. Jerry went on stage wearing only cut-offs and a Gilley's hat. The bikers didn't take too kindly to the punks being in their bar, so before long they started throwing punches. Seeing no other plausible options, Jerry slipped out of his britches, which forced the owner to yell at him to "cover that thing." Naturally, he used his sacred Gilley's hat, which of course sent the crowd into a frenzy. A guy threw a pitcher of beer at Jerry. He ducked out of harms way and it hit David's amp. So David then proceeded to take off his guitar and bust the guy over the head. A full scale riot erupted and spilled out into the street. Somehow the band escaped unscathed.

After that, they felt it was a good time to head out to California. And as luck would have it, they were able to secure a gig at the Whisky opening up for the Dead Kennedys. Unfortunately, they only got through a couple songs before a riot ensued there. Following the fiasco, they wound up spending the next six months playing the Los Angeles and San Francisco area before heading out to New York for a six month stint there.

Legionaire's Disease Band would continue to travel back and forth for nearly 10 years with the same line-up before finally being derailed by drugs. They had started the band to wake people up, and did a good job of it. But when girls and dope took priority, they ultimately lost their purpose and decided to end it. They played their final gigs in 1988 with Nicki Sicki of Verbal Abuse filling in on bass after Norman and Gwen had left.

In all the time they were together, Legionaire's Disease Band only released one other record, a four song EP in 1985. Their first single had sold out quickly and was repressed by Lunar Lab in an undetermined quantity. Jerry had given them the original 8-song master tape and authorized the repressing of just the two songs for the single. But several years after the band broke-up, Lunar Lab took it upon themselves to release the entire session on LP, despite Jerry's request for them not to. He believes it's not their best work, and in fact, their best material never even got recorded.

After Legionaire's Disease Band, Jerry went on to release an album with his next band, Anomie, which featured Duff McKagen and members of the Cro-Mags and White Zombie. Craig later died of liver cancer and Norman in a car accident. Jerry has plans to record all the songs LDB ever played.

"Rather See You Dead" earned a spot on the Bloodstains Across Texas compilation. 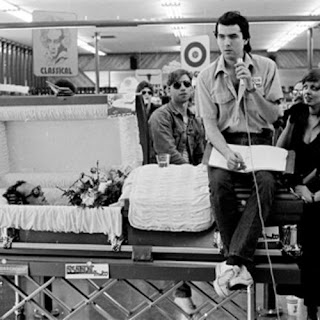 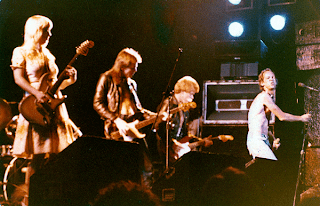 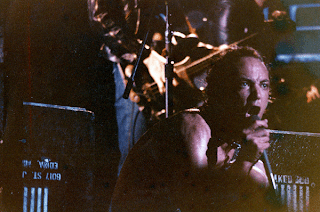 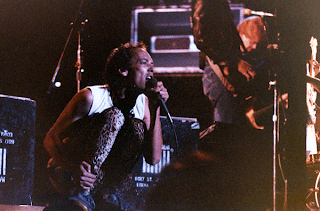 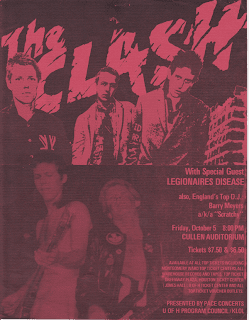 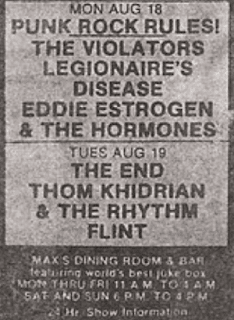 Posted by Cheap Rewards at 5:46 PM