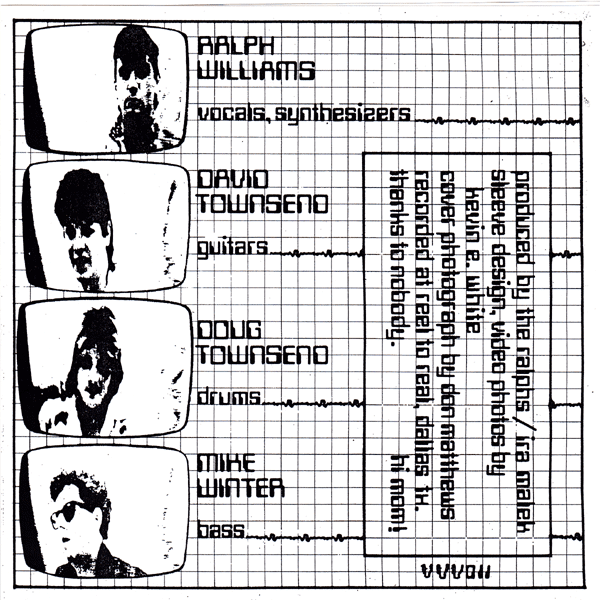 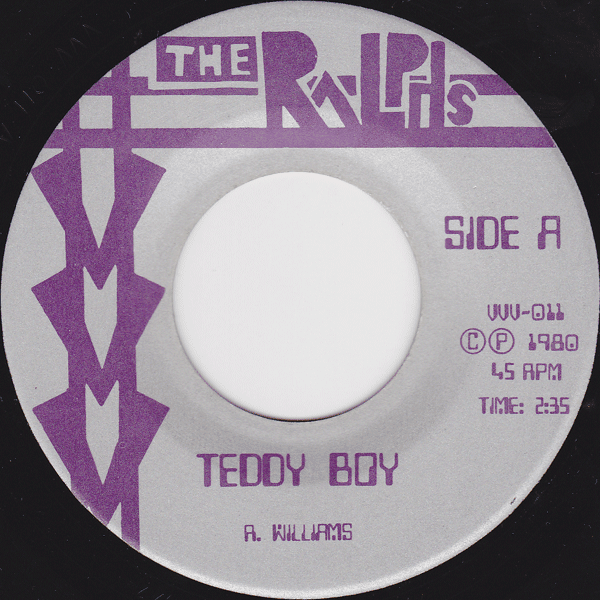 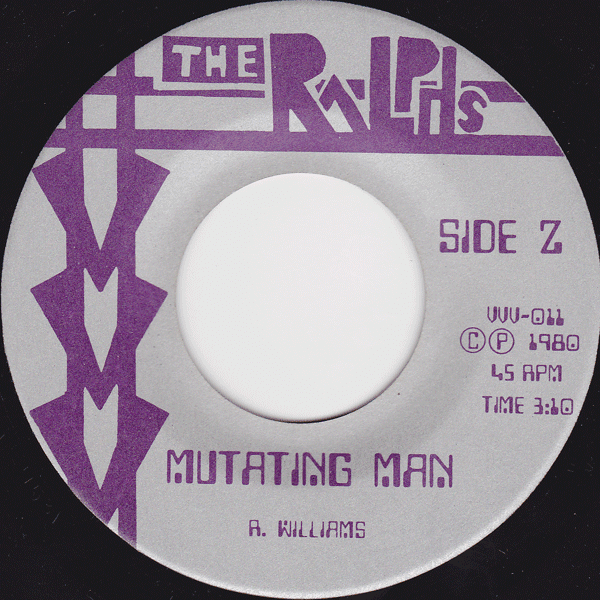 When the Dallas/Ft Worth punk scene began taking shape, Ralph Williams would often go see his friend Michael Neal’s band the Fort Worth Cats play. They would sometimes call Ralph on stage to sing a David Byrne or Elvis Costello song with them. Michael knew Ralph wanted to get his own band started, so he introduced him to a guitar player named Ray Kalvitz and then bassist Mike Winter who had moved down from Ohio to go to music school at North Texas State. With a drummer named Vaughan Bean added to the mix from an ad he posted in the paper looking to form an all original band, the Ralphs had their first practice on New Years day, 1980.

Ralph had grown up on blues music which is what got him started playing guitar. But for this, his first band, Ralph transitioned into learning synth and only played guitar on some of the songs. He wrote the majority of the bands original material, though Ray and Vaughan also contributed some compositions. The band worked a couple covers like “Jail Guitar Doors” by the Clash or “You Drive Me Ape” from the Dickies into their set as well.

The Ralphs became an active live unit, regularly playing local spots like the Hot Klub, Zeros and DJs, while occasionally venturing down to Raul’s and other clubs in Austin. They even made it out to Los Angeles once where they played the Hong Kong Cafe. While in LA, they got Rodney Bingenheimer to play their demo tape on the air during his Rodney on the Roq show.

The owners of a venue in Ft Worth called the Speakeasy caught wind of the Ralphs and approached them about doing a regular Wednesday punk rock night. They came up with a scheme and instead of being billed as the Ralphs, they'd play in disguise as the Hoods. The band went on stage wearing fabric hoods with holes for eyes and did their bit. Vaughan thought it was a crazy idea, refused to continue the act, and quit. Ray lasted two weeks as a Hood and then quit as well. The two of them then formed a new group called the Gigolos. Meanwhile, the Townsend brothers, David and Doug, who had previously played in the Dot Vaeth Group and Superman's Girlfriend came in to fill the vacant spots so the Ralphs could continue.

Ralph had a little recording experience. Following an accident on his construction job in the seventies where he broke his ankle, he wanted to pick up a new trade and went to recording school. He never pursued it as a career, but after sharing a couple gigs with a fresh young group called the Ejectors, he offered to produce a record for them which they readily accepted. The resulting “Hydro-Head” single was released on VVV Records.

The small independent label, which was an offshoot of the VVV record store, was owned by Neal Caldwell of NCM. Ralph shopped at the store from its inception in 1979, so when it was time to do a Ralphs single at the end of '81, he naturally asked Neal if it could be released on his label. 500 copies of the record were pressed on VVV but it got a lukewarm reception. Two more songs were recorded during the same session and were slated to be released as a follow-up single, but the finances weren’t there and it never made it past a few test press copies in September '82.

Ralph took on a job as an employee in a vintage clothing boutique. He started focusing more of his attention into that and eventually the band dissolved. By 1984 he had relocated to England and opened up his own clothing store, achieving much success over there for the better part of a decade. Ralph is now living back in Texas and is still operating his own store, Hollywood 5 & Dime.

David had a stint in the Barry Kooda Combo before focusing on his family life. His brother Doug passed away in 2006. Vaughan took on the identity of Von Beat and released a solo single on VVV in '81. He's still playing music but mostly in blues bands.

The Ralphs have played a couple reunion gigs over the years. Their other vinyl offerings include “Drug Induced State” on the Live At The Hot Klub LP and then “Neurotic” on 2006’s Staring Down The Barrel compilation. The same year, Existential Vacuum released an entire album of Ralphs material entitled Zeros - No Ones which has early recordings from the original line-up.

It's interesting to note that despite the Teddy Boy single having a 1980 date on the label, test pressings for the record are dated 12/1/81. Also, the proposed second Neurotic single, which is dated 9/3/82 on the test pressing was given the same catalog number as Teddy Boy: VVV-011. 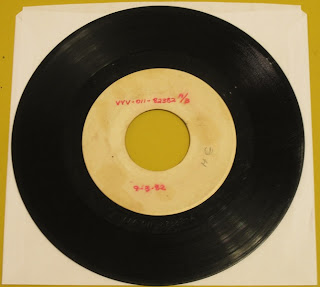 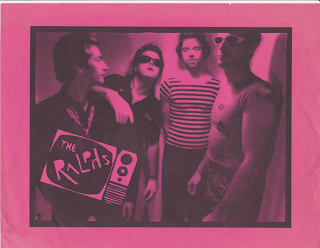 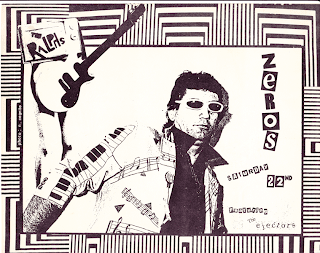 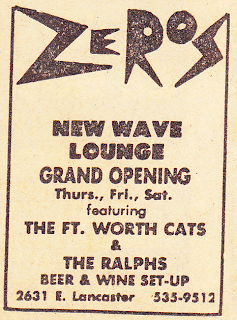 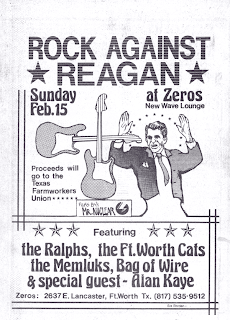 Posted by Cheap Rewards at 8:49 AM