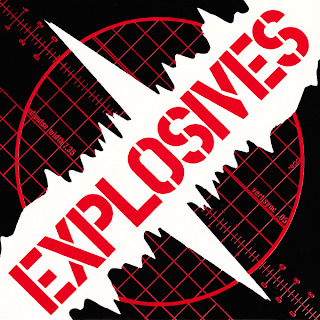 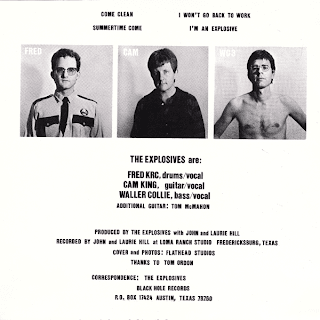 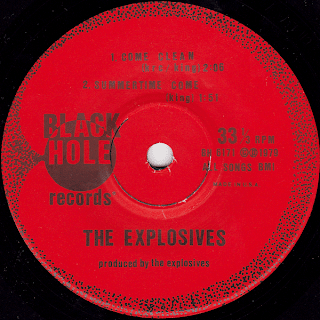 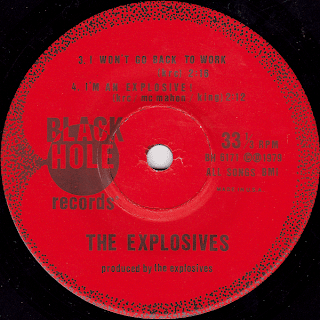 Freddie "Steady" Krc (pronounced kirch) started playing in bands when he was just 10 years old after seeing the Beatles on TV in 1965. Growing up in La Porte, TX, the first live show he ever saw was the Sir Douglas Quintet. He eventually became a hired side man, picking up gigs drumming with many legendary country artists including Jerry Jeff Walker and BW Stevenson.

Waller Collie, who was a few years older than Freddie, joined on as Stevenson's bass player. He and Freddie made a strong rhythm section. Meanwhile, Cam King and Freddie met and realized they shared a love of pop songs. Some of their favorite bands from the time were Blondie, Generation X, Sex Pistols, Boomtown Rats and Tuff Darts. So the three got together to start their own pop band. The name The Explosives came from the back of a bowling shirt that Freddie picked up at a vintage clothing store.

It was late 1978 when the band started rehearsing. The original line-up also included Reese Wynans (who later played with Stevie Ray Vaughn) on Hammond organ, and they also had Tom McMahon (formerly of The Bodysnatchers) on guitar for a little while, but decided they worked best as a three piece. Freddie, Cam and Waller not only sang and wrote songs, they were completely in tune with one another. They possessed a natural knack for being able to play anything off the cuff.

By June of '79 they really started progressing as a band. They recorded their first four song EP (featured above) at Loma Ranch in Fredericksburg and released it on their own Black Hole Records. Two pressings were made, the first with black and red sleeve, the second with purple and orange. They received local airplay and got distribution which helped the record sell well. At the end of June they played their first gig at popular punk club, Raul's. When they performed live, Freddie would set his drums at the front of the stage so all three were positioned along side each other.

Around this time, The Nervebreakers manager Tom Ordon, brought Roky Erickson of 13th Floor Elevators fame to play Dallas with the Nervebreakers backing him. Roky's manager mentioned to Tom that he was wanting to bring Roky back to Austin to play shows and he needed a permanent backing band. The Nervebreakers were unable to make the commitment. After one gig with The Re*Cords backing Roky, Tom suggested they hook up with The Explosives and a deal was struck. They played their first show together at Raul's in late August. Typically the Explosives would play their full set and then another set with Roky.

The band started gigging multiple times a week in Austin and played throughout Texas with regular stops in Houston, Dallas, Lubbock and Nacogdoches. Because the members were all seasoned musicians and could play really well, they started doing gigs outside of the normal punk arenas to expand their audience so they could make a real living out of their music. This caused a bit of a backlash with the local punk scene, where the band would be ostracized for being "too professional." Nevertheless, they worked hard and earned themselves slots opening for bands like the Ramones, Joan Jett, Nick Lowe, Flamin' Groovies, B-52s, Psychedelic Furs, The Records, and even surf legends, The Ventures.

The Explosives went on to self release two more 7"s, the Push The Button EP in February of 1980 and the power pop classic "A Girl Like You" single the following year. They were on the cusp of signing a large record deal after that, but declined due to lack of a central figure to make wise decisions for them. Unfortunately by the time they finally secured proper management, they were running out of steam.

The band soldiered on a little while longer and recorded an album after touring the west coast. Half of the Restless Natives LP was recorded in San Diego while the rest was done when they got back to Austin. CCR bassist Stu Cook produced the album. By this time the endless time spent together on the road, playing shows constantly, doing radio interviews and photo shoots was taking its toll. Then Freddie's father died in July of 1982, shortly before the album was released. They decided to part ways after that.

Cam moved out to LA and played with Chris D and the Divine Horsemen, then moved out to Nashville for a long time before returning to Austin. Freddie took a break from writing songs for a few years, putting his focus on being a session man. He eventually got the motivation to start writing again and would always fly Cam in to play on his records. They now both play in the Freddie Steady Five. 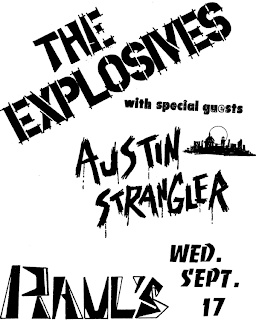 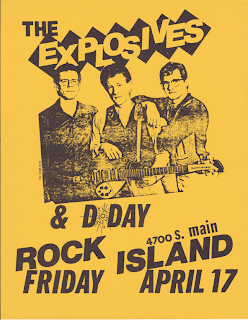 Posted by Cheap Rewards at 8:07 AM