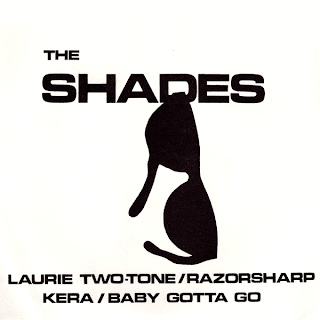 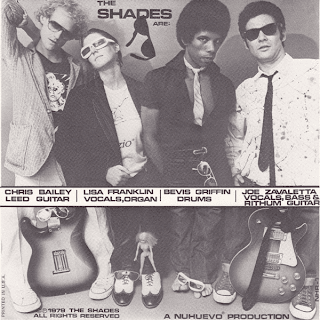 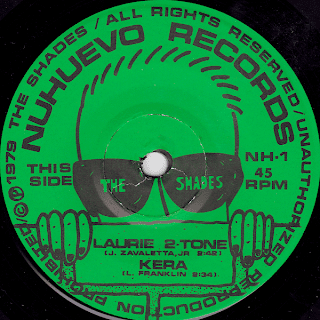 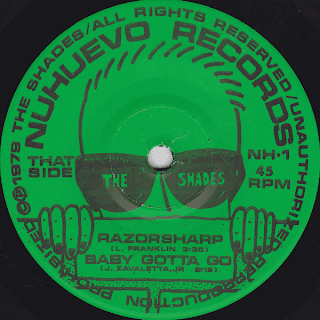 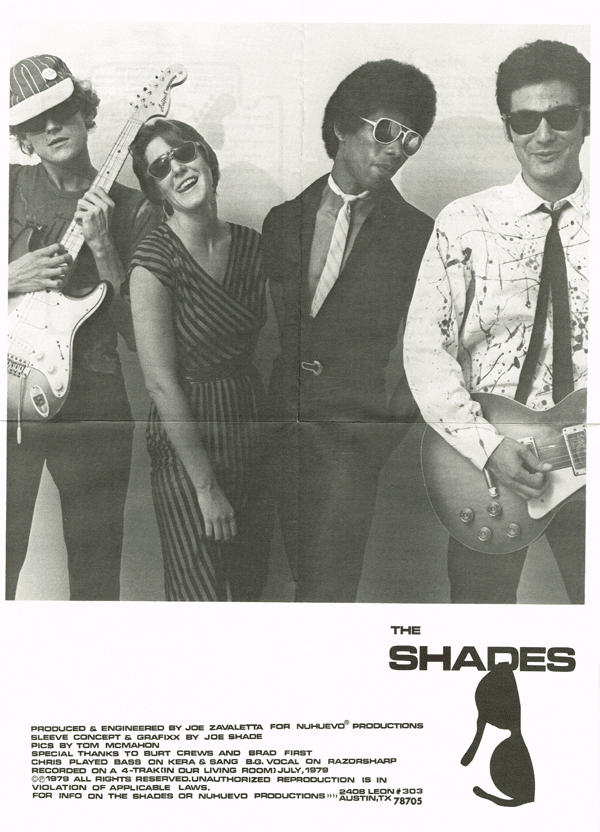 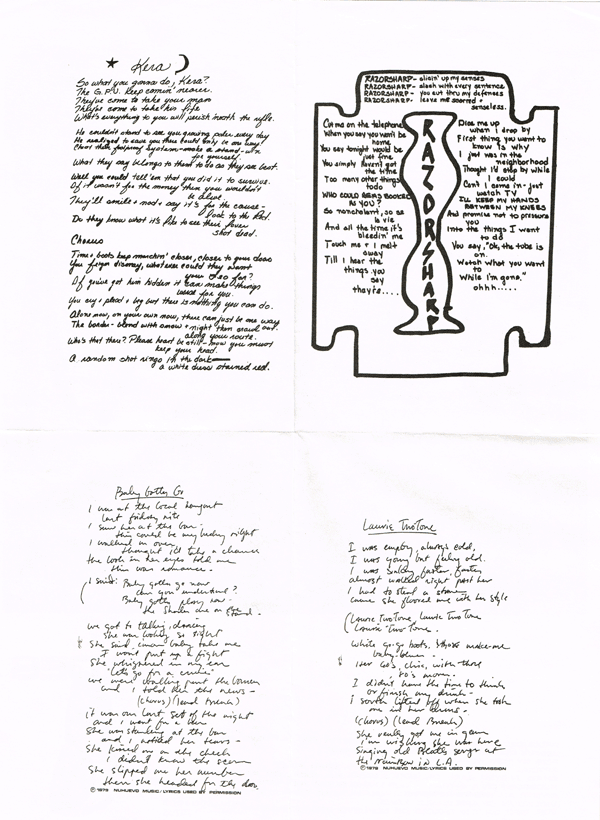 Chris Bailey and Bevis Griffin met in the summer of 1978 at Raul's. Chris had been playing guitar in one of the first Austin punk bands, The Bodysnatchers, while Bevis' musical background included banging the drums in a heavy metal group called Franklin's Mast, and then in a power trio with guitar virtuoso Van Wilks and legendary bassist Tommy Shannon called the Fools.

They started jamming together as a guitar/drum duo before Bevis introduced Chris to his friend Jimmy Lee Saurage who was a guitar player/singer. They subsequently recruited Byron "Bucky" Davies to play bass, and henceforth, The Skyscrapers were born. The band played a progressively up-beat style of music with a flashy stage show and were not embraced by the burgeoning punk scene, although they did earn a slot opening up for the Ramones at the Armadillo World HQ on January 19th, 1979.

Meanwhile, a keyboardist named Lisa Franklin and guitarist Joe Zavaletta started writing songs together. Unhappy with the rest of their band, Lisa brought in her friend Chris Bailey to help get things off the ground. Once they had some material to work with, they asked Bevis if he would sit in with them at rehearsals until they found a permanent drummer. However, their strong chemistry mixed with Lisa's enthusiasm to play live shows convinced Bevis to stay on board as their regular drummer.

Newly coined, The Shades, they started playing shows very soon after that. Primarily residing on the stage at Raul's, they incorporated covers of current new wave hits into their set alongside their original material. The Shades played the occasional out of town gig but never ventured outside of Texas.

In July of 1979, the band laid down the tracks for a four-song 7". The self-released EP is noted as one of the earliest TX indie releases. Pressed in a very limited run, the record included a foldout lyric sheet and hand numbered inner sleeve. The group photos were taken by Tom McMahon who had previously played in The Bodysnatchers with Chris, as well as in the earliest assembly of The Explosives. It is believed that under 500 copies of the EP were made, possibly just 300.

After the release of the record, Bevis and Chris started focusing more of their energy on The Skyscrapers who seemed to be an up-and-coming act. Their attention to the other group caused tension within The Shades which led them to leave the band. Unfortunately around the same time, Bucky up and left the 'Scrapers when he heard of an audition in LA for a new 20/20 bassist. So the two started up a new band called The Bats, this time with Bevis as front man. They would later go on to form Banzai Kik together.

Back at The Shades camp, Lisa and Joe regrouped with Dwight McLeod on bass and Kevin Tubb on drums. In 1980 they released a six-song 12" EP entitled Ward & June Never Understood. Copies were pressed on both red and blue vinyl. Tom McMahon played the guitar solo on the albums opener, "Nova Lust," while Will Fiveash (of D-Day/Radio Planets fame) played on "Snowy Day."

The Shades were defunct by the following year, but Lisa and Joe started a new group called Dark Motive. Originally having Bruce Hughes (later in Bob Schneider's band) on bass, Bucky joined the band after having returned to Austin from LA and played on the bands double 7" that came out in 1981.

"The Big One," a stellar track that was left on the cutting room floor from the Shades 7" session recently saw the light of day on the Texas power compilation album, Radio Ready that was released in 2013 on Cheap Rewards Records. 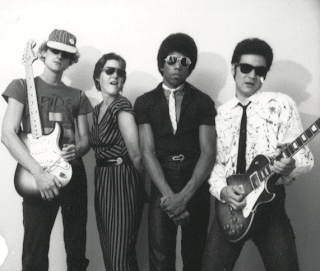 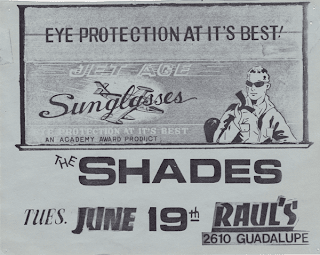 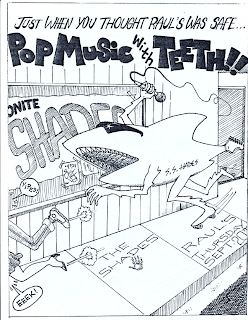 Posted by Cheap Rewards at 1:09 PM