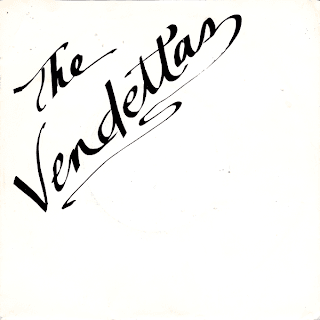 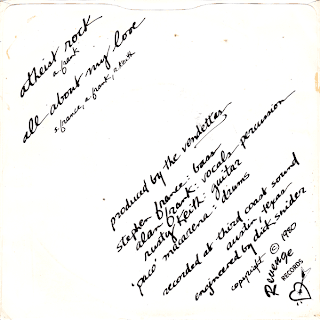 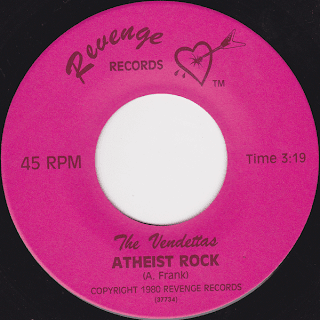 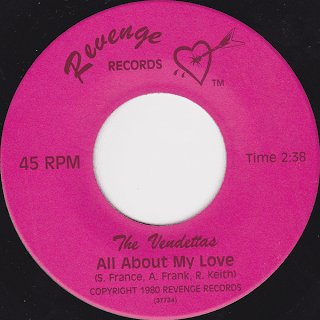 
B. All About My Love

Alan Goldin wanted to test his theatrical and lyrical talents, so he put up an ad in an Austin music store to find musicians to play in a band with him. Rusty Keith answered and brought along Steve Gotesky who he had played in bands with since the 60s. A short-lived drummer (who's name escapes all three members) came into play for a while as they started gigging the Austin mainstays like Raul's and Dukes Royal Coach Inn.

Being a little bit older than many of the other bands in the scene, they didn't exactly fit in. And even though bands like the Big Boys and Dicks helped break down certain taboos by wearing drag on stage, Alan deliberately tried to confuse audiences by combining various gender-bending looks, incorporating costumes, and wearing make-up.

By the time the band was ready to lay down the tracks for their sole single, it was a guy named "Paco" who sat in on drums for the shotgun session. They financed the recording and self-released the single in a limited run, though the exact quantity is not recollected by the band members. Paco wasn't interested in actually joining the band, so they recruited Dick Ross so they could continue playing shows.

Purposefully written ambiguously, their song "Atheist Rock" is a tale about Madalyn Murray O'Hair, "the most hated woman in America." It was intended to grab attention in Bible-Belt Texas, where she resided. The song managed to get noticed by the American Atheist Center, who discussed collaborating with the band and doing a benefit concert to raise money for the Center. Unfortunately O'Hair (or her advisers) decided to not cause her further contempt by having her associated with the punk movement.

Soon afterward, and roughly six months after the band initially formed, the members went their separate ways. Alan formed another short lived group called the Hormoans before moving out to New York. Rusty Keith went on to play in the first version of X-Spand-X and has continued playing in many bands to this day. Steve became the house sound engineer at Antones, where he remained for 20 years. Dick continued playing in bands as well, including F-Systems and the original line-up of Poi Dog Pondering. He's also done work with Joe "King" Carrasco and many others. 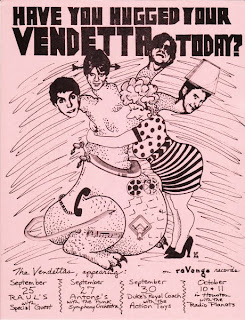 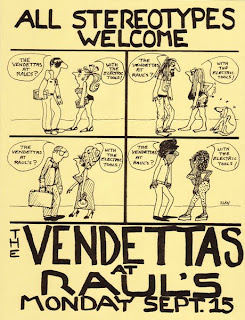 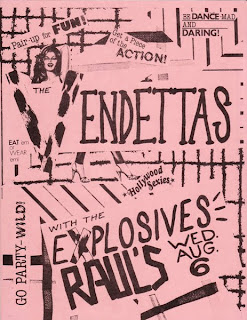 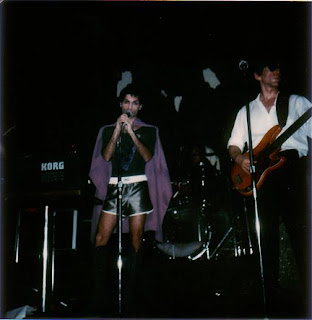 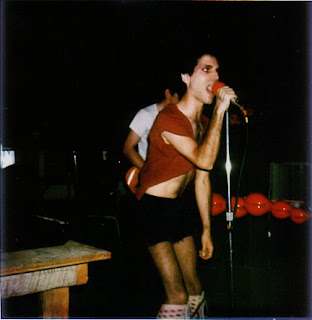 Posted by Cheap Rewards at 8:51 AM