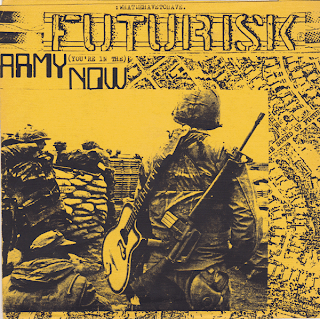 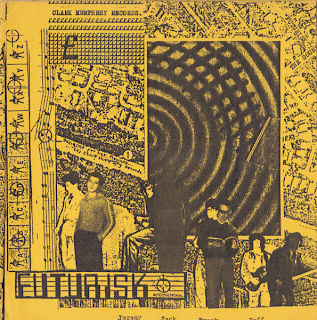 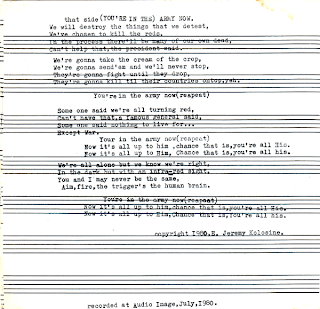 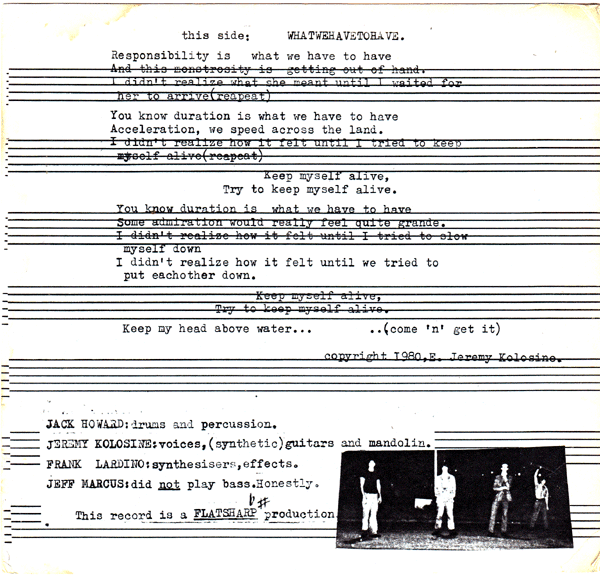 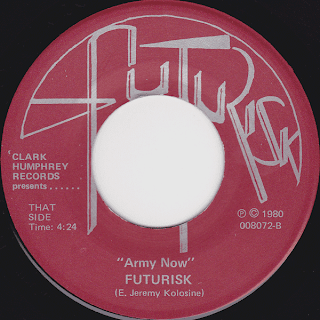 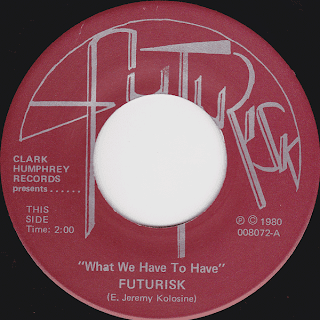 
B. What We Have To Have

Growing up in England in the 60s, some of the earliest music that stood out to Jeremy Kolosine was the later era Beatles, the Tornadoes "Telstar" single, the Dr. Who theme, and the Clockwork Orange soundtrack. Around 11 years old he started buying cassettes and getting into prog and electronic music, but it was David Bowie and Roxy Music that had the most profound impact on him. In fact, Jeremy got to see the first show of Bowie's Aladdin Sane tour shortly before his parents moved the family to South Florida.

Jeremy was 13 when he came to the United States and he was already pretty much only interested in music, but his new locale had little to offer him besides Southern Rock. At 14 Jeremy got his first cheapy acoustic guitar and taught himself by playing along to Cat Stevens, Leonard Cohen and Bowie. When he discovered punk and new wave around ‘77, it was bands like Devo, Pere Ubu, Contortions, PiL, Ultravox, Wire & XTC that he gravitated to. He soon got his 1st kit-built synth and started learning keyboards and patching.

Late in 1978, after picking up a copy of local punk zine, Mouth Of The Rat, Jeremy discovered that there actually was a punk scene happening in South Florida. He went to see the Eat, Cichlids and other new bands that were playing in the area. Jeremy and high school friend Frank Lardino started their own band called Art Decadence that played covers of the stuff they liked such as Devo, Roxy Music, Sex Pistols, Hawkwind & the Rolling Stones, but doing them all in a way that sounded like the Stooges.

Then in ‘79 Jeremy started playing solo experimental performances with guitar, synth and drum-machine using the name Clark Humphrey & Futurisk. Clark Humphrey was the human, and Futurisk the machine. Later that year Jeremy won recording time at Audio Image Studio in Pompano from a competition in an artzine out of Wilton Manors called Florida Arts Gazette. With six hours to record and mix, Jeremy did the vocals, guitar, synth and electric mandolin. He also brought in Frank Lardino to play synth and a drummer named Jack Howard that they found from a bulletin board at the local music store.

They decided on simply "Futurisk" for the band name and with the prize money Jeremy received from the Arts Gazette competition, he was able to release the two songs “Army Now” and “What We Have To Have” as a limited run 7” in 1980 on his own Clark Humphrey imprint. The record came with an oversized picture sleeve and double-sided lyric insert. The new three-piece band continued rehearsing together after the recording session and even brought in a bass player named Jeff Marcus. They worked up a great live show and started playing out which enabled them to sell out of the single within a few short months.

A couple more line-up changes ensued until 1981 when Jeremy finally decided to go all synth with real drums. For the first couple of years Jeremy had written all the songs on guitar, but after he got a Sequencial Circuits Pro-One with a sequencer, most of the songs would be based on synth parts first. He kept Jack on drums and recruited synth prodigy Richard Hess to replace Frank, who then went on to play in Radio Berlin.

Besides their original music, Futurisk also interspersed covers from bands like Depeche Mode, early Ultravox, OMD, Our Daughters Wedding and DAF into their set. They deliberately tried to set themselves apart from the local punk scene that still bristled at the sound of a synth or drum-machine.Their following mostly consisted of a disjointed art crowd and because there were always different clubs opening and then closing a month later, they had to set up their own shows, sometimes playing on roof tops.

In 1982 the band did a batch of recordings on Richard's Porta-Studio-1 4-track cassette recorder, also known as the "Futurisk Mobile Unit." They wanted their next record to sound like Moroder's production on Spark's "Number One In Heaven," but weren't entirely sure how to make it happen. Richard figured out how they could use sync-pulse on tape along with a trigger click-track so they could sync up sequencers and drum machines on tape. They placed Jack's oversized Tama drums in the bathroom to try and get a natural distortion and gated echo like they heard on Bowie's "Low."

From the money they received from the sales of the "Army Now" single, Futurisk was able to release their next record, the Player Piano EP in a larger run than the prior release. This one was a five song 7" that played at 33 1/3 RPM. It sold out in about 18 months after having received acclaim in the Sun-Sentinel and other local media. They got interviews and play on most of the college and some mainstream rock stations and even got a couple of videos out of appearances on local TV shows.

The band did one more recording session at Ocean Sound in 1982 but never released the material. In late '83 Jack ended up moving. Jeremy and Richard did a couple of shows with drum-machine but since the rest of the local scene appeared to be dissolving and they’d already accomplished what they set out to do, they simply stopped.

Drummer Jack Howard went on to become a well-known Elvis impersonator and is featured in the book "I Elvis" and in the movie "The Burger and the King". Richard works on refurbishment of synths as well as musical projects. Jeremy kept doing music in various projects, most recently Receptors and 8-Bit Operators, which he also produces.

In 2010, Minimal Wave Records released the Player Piano LP which was a collection of all the songs form the band’s two 7” releases as well as songs from the unheard Ocean Sound sessions. 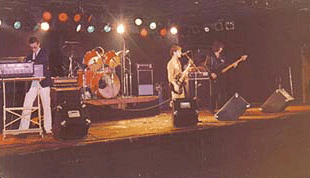 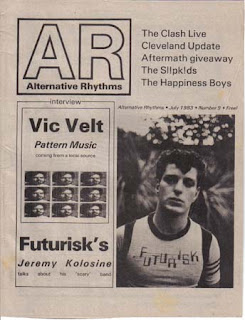 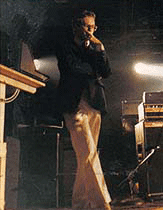 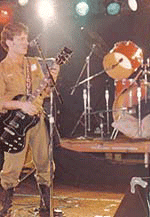 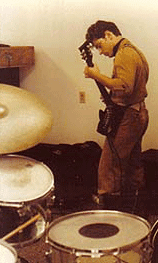 Posted by Cheap Rewards at 2:22 AM