Los Reactors - Be A Zombie 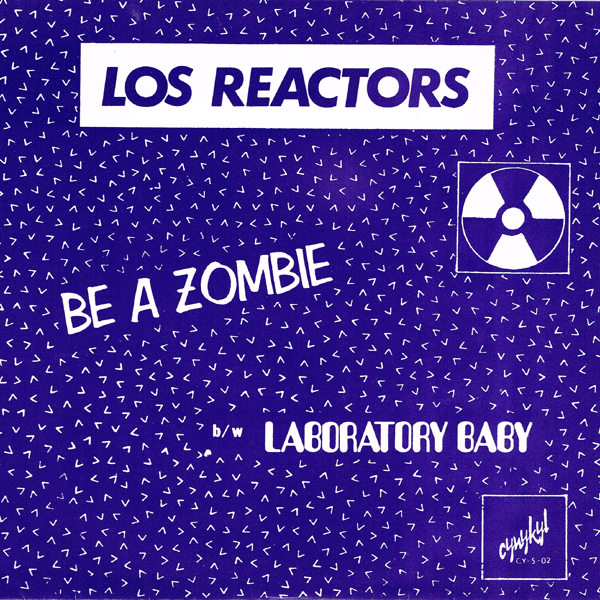 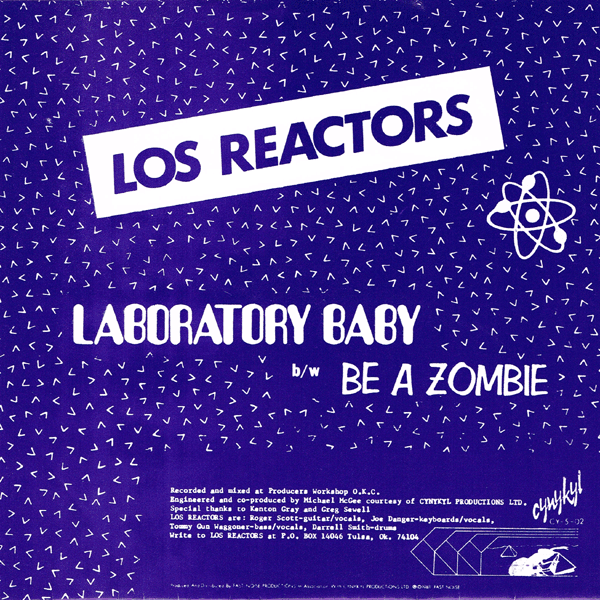 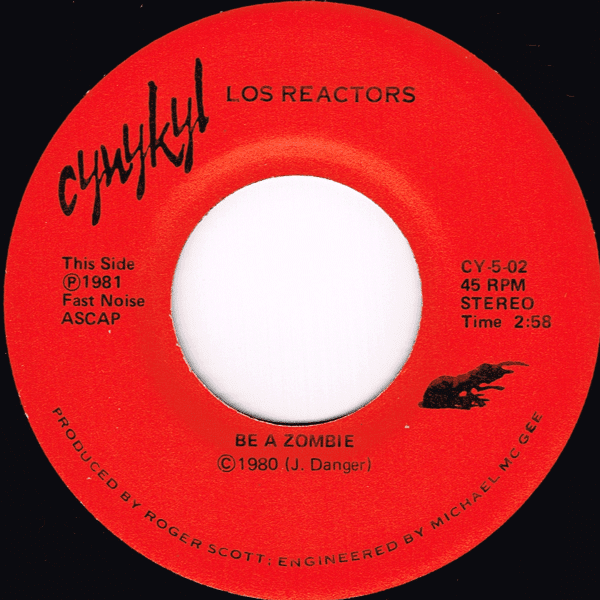 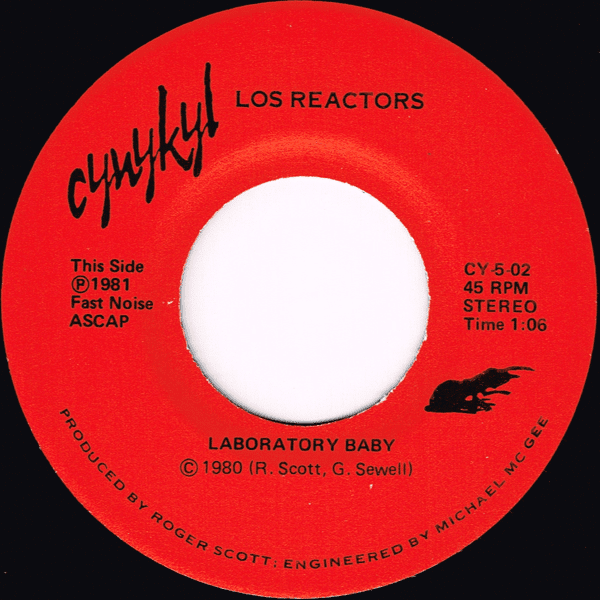 A. Be A Zombie

Roger Scott was born and raised in Tulsa. His earliest musical inspirations were rockabilly and surf music but it was after seeing the Beatles on TV that he knew he wanted to play guitar. Following the British Invasion era, Roger opened his mind to psychedelic music and then found influence in the glam sounds of T.Rex, Bowie and the Dolls.

His first group was White Dwarf. They formed in early 1978 and mostly played covers of the Ramones, Sex Pistols and Kiss. After about six months Roger left to form Fast Noise with Dale Lawton and Brian Plummer. Brian eventually left that group to join the Jacks so Darrell Smith took his place on drums and Fast Noise was renamed the Passions.

They played originals as well as covers by groups like the Stooges, Johnny Thunders and the Buzzcocks. In late 1979 or early 1980 they added Tommy Gunn and changed the name to the Reactors. Then Dale left to form the Vindicators and later joined the Bridge Climbers who were previously called the News. The Reactors remained a three piece briefly until Roger asked Joe Christ (AKA Joe Danger) to join the band since he had just parted ways with the New Mysterians.

With Joe in the mix, the Reactors went from having a guitar oriented sound to being more keyboard driven. They worked on original material while still incorporating fun covers into their set. The only place in town to play original music in 1980 was the Bleu Grotto. Prior to that they had to play shows out of town or do gigs in warehouses and garages. When the Grotto opened their doors to original bands, more and more unique Tulsa groups came out of the woodwork.

The Reactors became Los Reactors after discovering other bands were using the name. They built a loyal following locally and played road shows in Kansas City, Fayetteville, Wichita, Oklahoma City, Norman, Dallas, Ft. Worth, etc. They opened for several touring groups and plenty of great regional bands like The Jacks, The Fensics, The Ralphs, and many others.

Chris Stearman and Michael McGee of Cynykyl Records took an interest in the band and offered to record them. They spent a week working on recordings in the late night hours at the Producers Workshop in Oklahoma City. Joe and Roger went back a couple weeks later to mix. Unfortunately Cynykyl didn’t have the finances to press the records, so the band eventually scraped up enough money to do it themselves.

“Dead In The Suburbs” was released in a small run. Having a 45 out helped the band secure more gigs and even earned them some college radio play. They sold copies at independent record stores in the towns they played and some copies were sold by mail order or at shows but most were sent out or given away as promotional copies to clubs, radio stations and fanzines.

They released their second single, “Be A Zombie,” a year later in 1981. The songs were recorded during the same sessions as “Suburbs” and released in an edition of 1,000 copies on Cynykyl. The band had no distribution lined up, no management, no tour offers, and a record deal never came their way. With the music scene moving in different directions and seemingly no way to take things to a higher level, the band finally dissolved.

After Los Reactors, Joe went on to front several bands including G Spot, The Healing Faith, and Bigger Than God. He then became a producer of underground films. Tommy Gunn played with various rockabilly and blues bands. Roger formed a prototype speed metal band called Revenger for about a year and then a black metal/thrash band called Cenotaph, which lasted nine years through several personnel changes and recorded two albums. Darrell Smith joined for the final incarnation of that band.

In 2000, Rave Up Records out of Italy released an LP that included the songs from the singles as well as unreleased studio and live material. A CD version followed in 2004. Los Reactors reunited in 2005, playing a few shows including the Dot Dash Festival in New York. They were scheduled to play a tribute show for Michael Automatic in 2007 but Joe was unable to participate as he was living in Atlanta. The rest of the guys played under the name The Adaptors to avoid any misconceptions. The Adapters continue to play locally with Jim Eason in place of Tommy and with the addition of Ian Scott on keyboards. Joe Christ passed away in June 2009 of a heart attack. 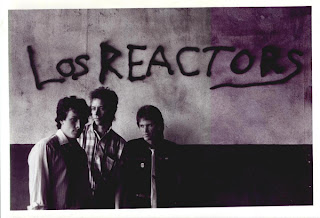 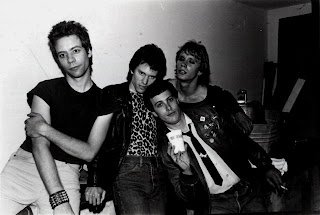 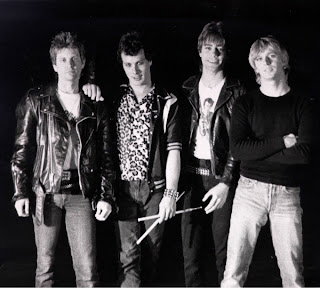 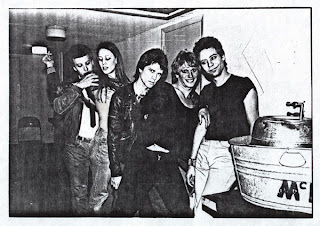 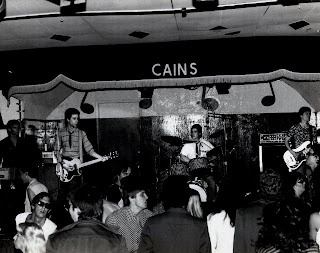 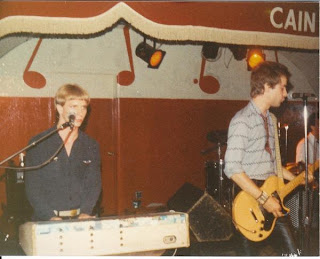 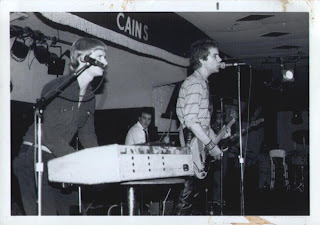 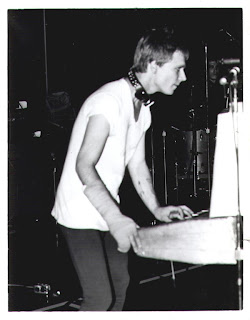 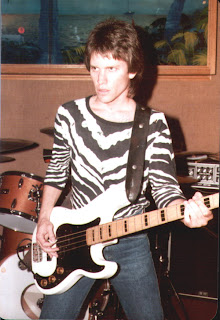 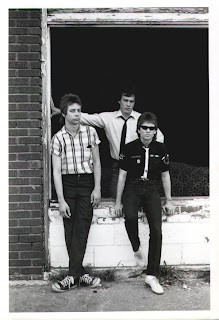