The Lawnmowers - A Name, Not A Concept 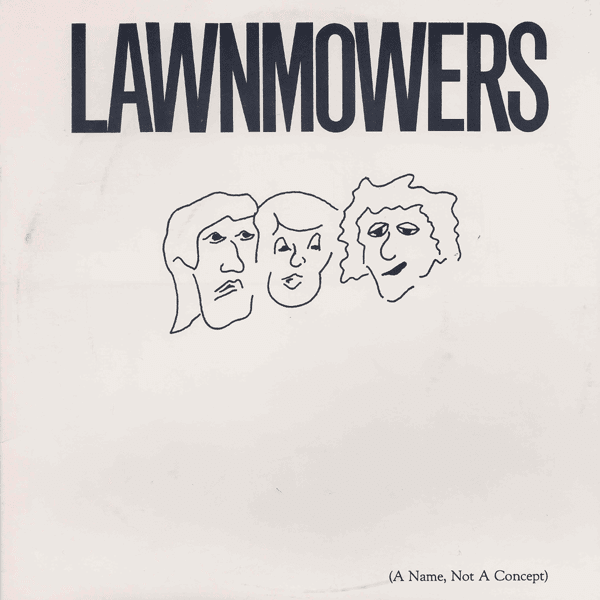 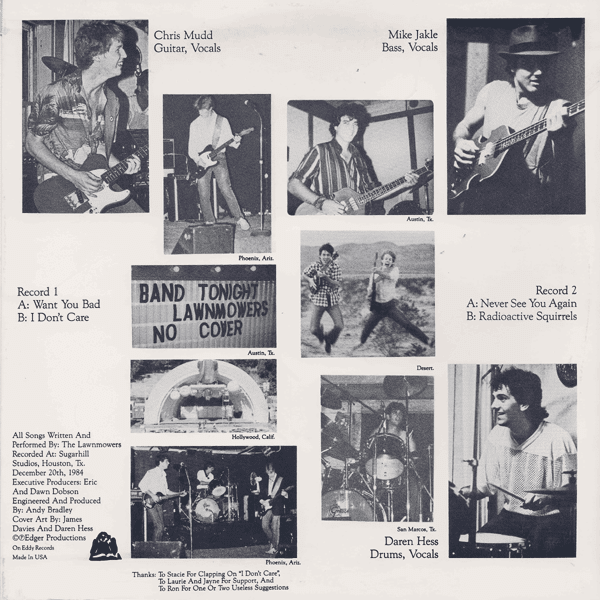 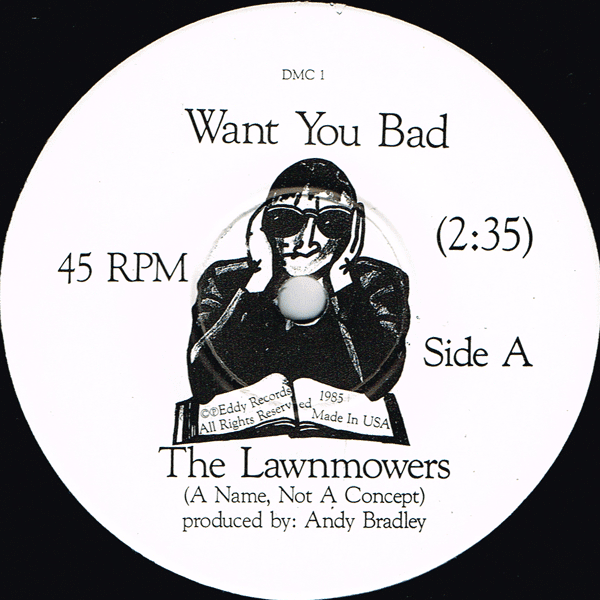 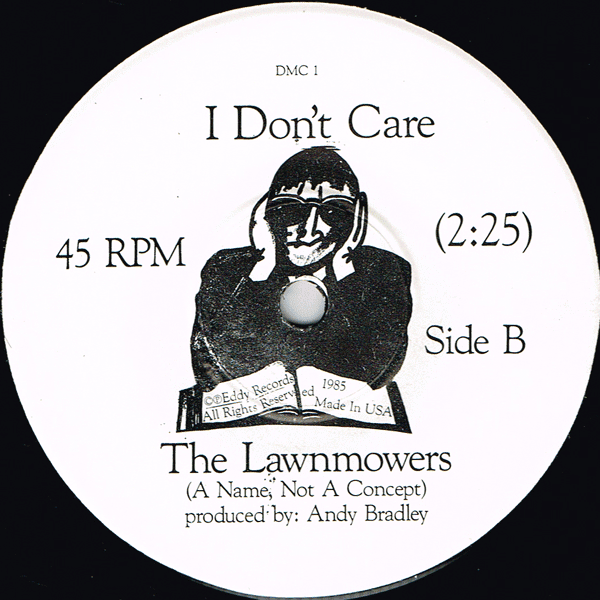 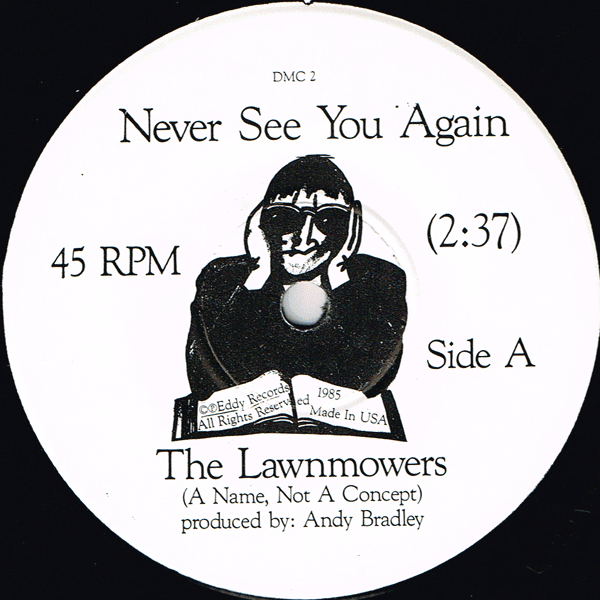 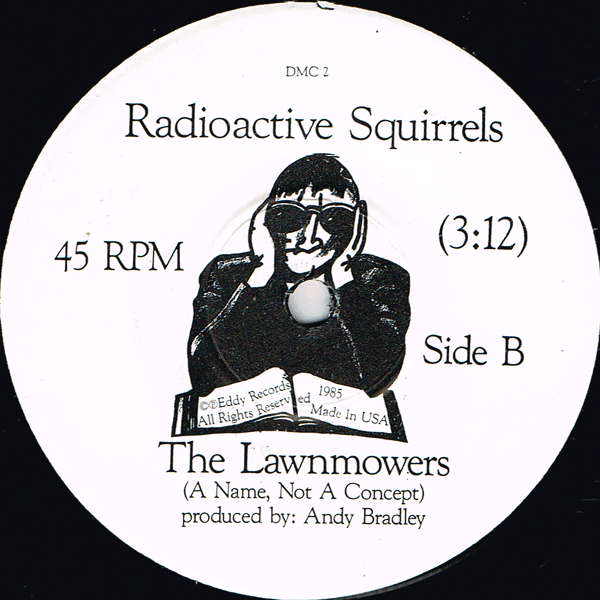 
2A. Never See You Again

Daren Hess moved to Austin from Colorado right around Christmas 1979 to attend the University of Texas. His prior musical options consisted of bland radio rock and disco so he never had aspirations of being a musician. But on a fateful night during his first week at UT, Daren caught The Skunks playing a gig and was inspired.

A week later at the start of 1980, he was looking out the window of his Jester Dorm room and saw some guys playing lacrosse. He immediately grabbed his stick and ran down to meet them. One of the guys kept being referred to as Ramone. When asked if that was his real name, Chris Mudd explained that people called him that because he was in a band that played Ramones covers. Their drummer Mike Jakle had just moved back to Houston where he was playing bass with the Recipients so they needed someone to fill in. Daren, who had never picked up sticks in his life, said he could do it.

So they went back to Chris’ place where Mike had left his drums behind. The kit was broken down in the closet and since Daren had never set up or played drums before, he made a lame excuse to get Chris to set it up for him. Sure enough when they started jamming together it went smooth enough that Daren was given the gig and played a show the following week. Greg Potts was their bass player but his stay with the band was short lived as Mike Jakle moved back to Austin a couple months later and wanted to take over bass duties.

Coined the Lawnmowers, the trio did power pop covers by bands like the Jags, the Romantics, and the Beat while mixing in their own colorful pop tunes. They gigged once or twice a month in Austin including a long standing stint at Mike & Sal’s Pizza joint. Some times they would advertise themselves as Scot Free & The Prisoners or more commonly, Eddy And His Lawnmowers. Eventually Daren’s parents bought him his own 3-piece Gretsch kit. Being an art student, Daren drew the image of Claude Rains as the Invisible Man on his kick drum, an image they often used on show posters and other promotional materials.

In 1981, the Lawnmowers went to Sugarhill Studios in Houston and recorded three demo tracks with Andy Bradley. They didn’t have the foresight to release the songs at the time, nor the money to do so. They were mainly just out to have fun with this project and didn't take it too seriously. In fact, Chris, who had been playing in bands since junior high, was moonlighting with another band called the Chevelles that had an agent and made good money doing 50s covers.

Things would wind down in the summer of 1982 after Chris graduated, got married and moved away for a job opportunity. But they did manage to play a gig in Houston with The Haskells before venturing out to the west coast in a Ford Econoline with stops in Phoenix and Los Angeles. Mike then did stints with The Rattlecats and Doctors Mob while Daren went on to play in Alamo Choir which Mike also joined.

In 1984, Chris ended up back in Austin. Mike’s sister Dawn was the Lawnmowers biggest supporter. Her boyfriend offered to release a record for them so they took the opportunity to return to Sugarhill where they laid down four songs including more polished versions of two of the songs from the demo session a few years earlier. The double single was released to no fanfare as the band didn’t even play a gig to celebrate its release. However, “Never See You Again” did receive some airplay on local KLBJ-FM.

Mike ended up getting his engineering certificate and took a job at Sugarhill Studios. He currently is the proprietor of White Hat Rum. Daren has had a long, fruitful career as a full time musician having played with the Silos, Green On Red, Poi Dog Pondering, James McMurtry, Ronnie Lane, and others. Chris is still living a corporate lifestyle but manages time to play in a group called Buffalo Nickle.

The unreleased 1981 demo version of “Want You Bad” finally saw the light of day on 2013's Texas power pop compilation album, Radio Ready that was released on Cheap Rewards Records. 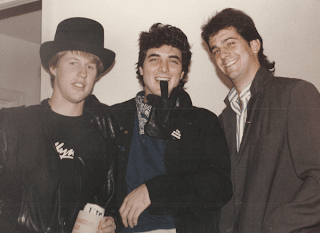 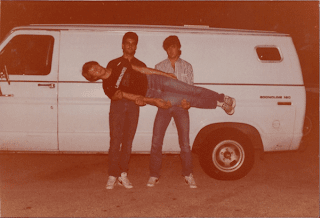 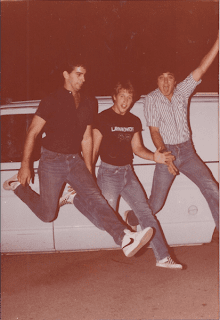 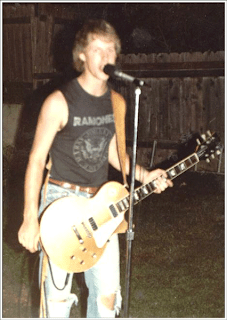 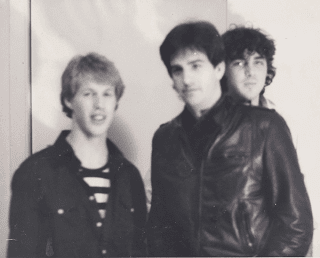 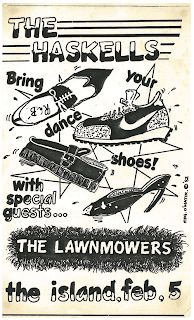 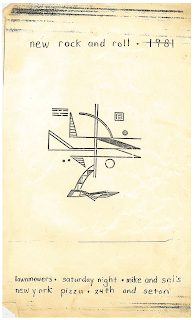 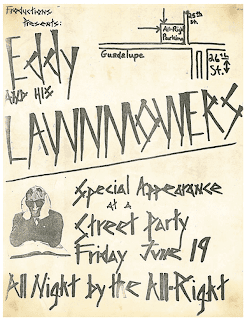 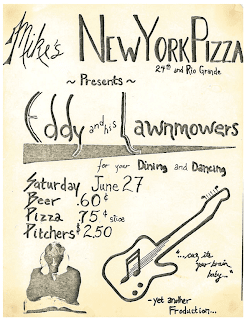 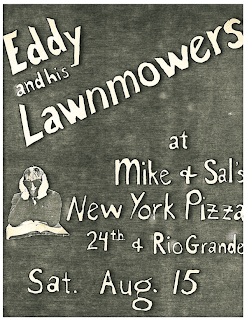 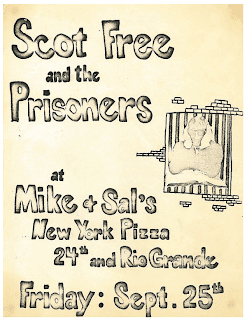 Posted by Cheap Rewards at 6:16 PM