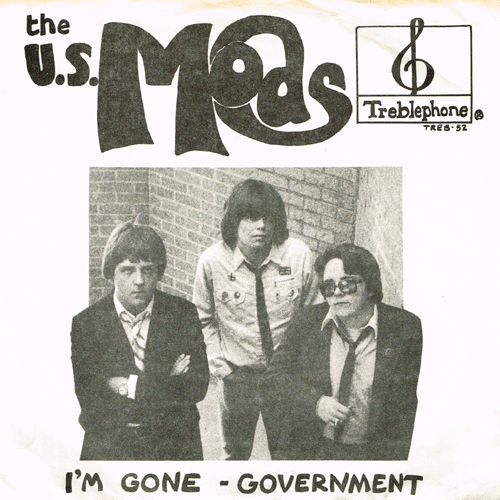 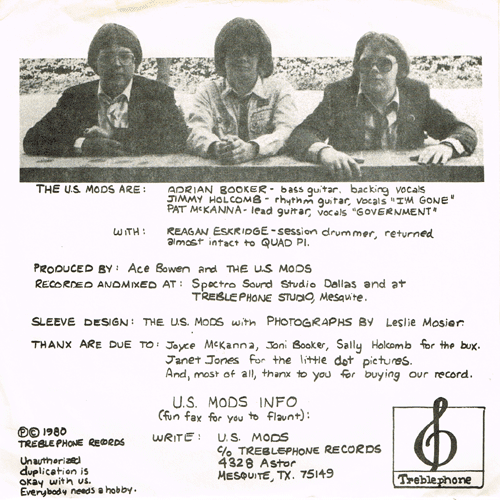 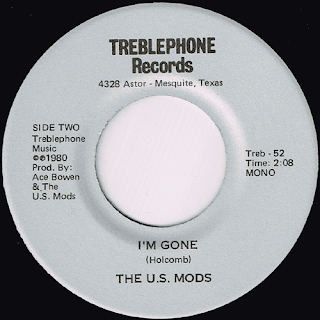 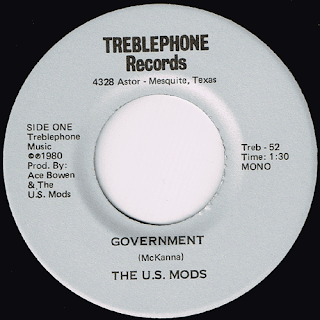 Pat McKanna’s musical foundation started building at an early age as he was exposed to everything from the Beatles and Rolling Stones to Little Richard and Hank Williams through the jukebox at his grandfather’s pool hall. By the time he reached his teens in the late 70s, it was the Who, Jam, Clash and Sex Pistols that most influenced him.

Formed in 1978, the US Mods was Pat’s first band that did original material. He played lead guitar and sang while Jimmy Holcomb, who Pat knew from their junior high days, added rhythm guitar and vocals. On bass and backing vocals was Adrian Brooke, who was a couple years older than Jimmy but attended the same high school in Mesquite, TX. The three of them would be the core of the band.

Jimmy Holcomb grew up in a household full of Bob Wills, Buck Owens, and Jerry Lee Lewis records. Being an only child, listening to music was one of his favorite pastimes. As an early teen he got the idea that he could make music too. He and the two other boys would get together as often as possible and play along to the Stones and three chord punk songs. They didn’t have a steady drummer in the early days. They often recorded their rehearsals with Pat playing drums and then laying his guitar parts over that.

All three began writing their own songs and they would bring the finished compositions to practices for everyone else to learn. Being teenagers, the Mods were unable to play typical club gigs. Instead they had to resort to doing talent shows or Kmart battle of the bands competitions. They even played the Traveling Gong Show auditions and a McDonald’s anniversary celebration. Crippled due to their age and geographic constraints, they often conjured up fantasies of the band existing on a higher level.

In early 1980, they borrowed Quad Pi’s drummer Reagan Eskridge who was in the WW Samuell High School band drum corps with Pat. The four of them laid down the basic tracks for “I’m Gone” and “Government” on a 4-track recorder in a mini-warehouse. They added vocals, handclaps and tape echo in Jimmy’s bedroom using an Akai reel to reel. The songs were then mixed down to glorious mono. They succeeded in giving the tracks a lo-fi, yet very charming 60’s feel. With help from their parents, 200 copies of a single were pressed up on their own Treblephone Records with an accompanied foldover sleeve.

The records were sold at Metamorphosis and VVV Records in Dallas. Jimmy brought copies to North Mesquite High to sell and Pat would bring them to his school in Pleasant Grove. They sent a copy to Bomp Records in California which led to Greg Shaw ordering 30 copies for their mail order catalog. In recent years it was revealed that Shaw was a bigger fan of the band than they imagined as a review of the single was finally published in Bomp’s Saving The World One Record At A Time book which included the long lost unpublished final issue of Bomp magazine.

After the single was released, they saw an ad in a local music rag called Buddy for a drummer looking to play with people with similar musical taste, which was not commonplace in Mesquite. They were even more surprised when they called and it was a girl on the other end. Tracye O’Neal’s upbringing was full of music. She fell in love with the Beatles at the age of five during their performance on the Ed Sullivan show. She even refused to go out for dinner on her seventh birthday as to not miss a Dave Clark Five appearance on television.

Tracye wanted to be a drummer as long as she could remember. She would spend hours “playing” along to the Partridge Family albums using wooden horseshoe stakes for sticks and her sister’s bed for drums. Finally in 1978, to her delight she won a real drum kit. By then she had broadened her musical spectrum to include the Faces, the Stones, Bowie, Cheap Trick, the Kinks, and above all… the Who.

Tracye auditioned for the Mods and got the gig. With Jimmy and Pat being 17, they still weren’t able to secure gigs. They went to the Hot Klub to try and arrange an opening slot for The Doo, but that never materialized. They couldn’t build a fan base without playing shows and once Jimmy graduated a year later and went off to college at Baylor in Waco, that marked the end of the Mods’ nearly unrecognized reign.

Adrian, Pat and Tracye carried on as The Tickets for a short while with a guitarist named Lee. He was a bit older and more experienced and they played some gigs together but Pat was ready to change direction musically. He left to start the Trees, who went on to be one of the most popular groups in the 80's Deep Ellum scene. Adrian and Tracye continued on with Lee briefly until Tracye left for England in September 1981. 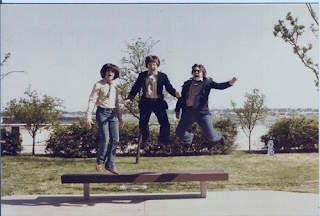 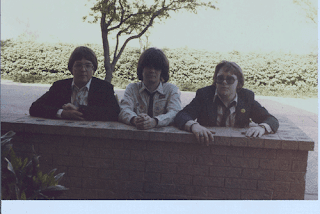 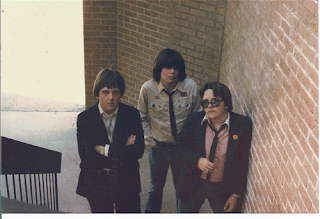 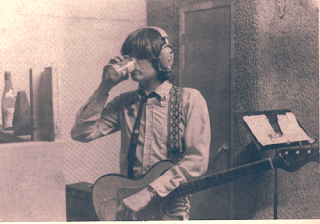 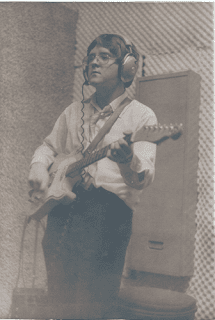 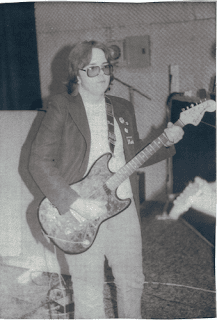 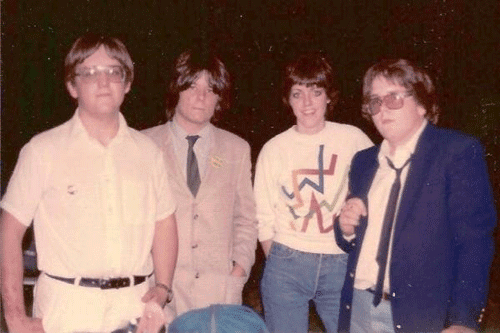 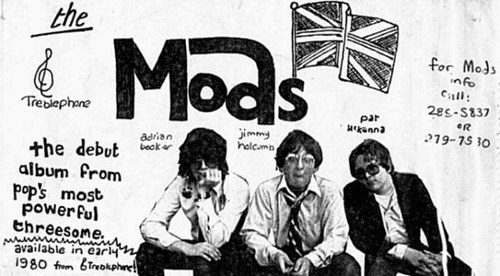 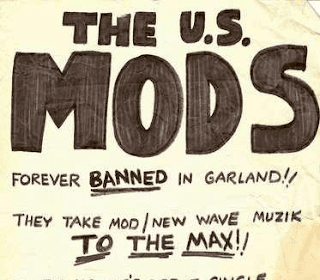 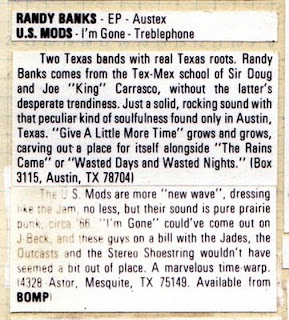 Posted by Cheap Rewards at 7:37 PM